Virginia women’s swimming and diving just keeps on winning. The No. 2 Cavaliers captured their second consecutive and 17th total ACC title this weekend in Greensboro, N.C., finishing with a score of 1486. This total is just six and a half points off their meet-record score of 1492.5 points set at last year’s ACC Championships, and well ahead of No. 11 NC State, who finished second with 1317 points.

On the very first day of competition, the Cavalier women put all other teams on notice for the rest of the week.

Virginia came out with a bang, sweeping both the 200-yard medley relay and the 800-yard freestyle relay. The Cavaliers’ performance in the 200-yard medley relay broke both the American and NCAA record in the event, as senior Caroline Gmelich, junior Alexis Wenger, sophomore Lexi Cuomo and sophomore Kate Douglass’ time of 1:32.93 goes down as the fastest in American history in the event — shaving 0.18 seconds off the record set by Stanford in 2018. Gmelich led off in backstroke, followed by Wenger on breaststroke and Cuomo on butterfly, before Douglass finished off the relay on freestyle.

Just one hour after the historic 200-medley relay win, the 800-yard freestyle relay team of senior Kyla Valls, freshman Alex Walsh, senior Paige Madden and sophomore Ella Nelson took to the pool to set both the ACC meet and University record in the event with a time of 6:54.31, over four seconds ahead of the second-place relay.

Each of these phenomenal relay swims set the tone for a week of competition that can only be characterized as dominant for the Cavaliers.

“This is a night where I am pretty speechless with what our women accomplished,” Coach Todd DeSorbo said. “Our quartet on the 200-medley relay was just unreal. We knew they could challenge the American record. It was a goal they had last year headed into NCAAs, but obviously lost that opportunity to COVID. They decided they weren’t going to miss the opportunity again.”

On the diving side of the competition, senior Jocelyn Porter placed sixth in the 3-meter springboard event with a season-best score of 303.15 points, with sophomores Jennifer Bell and Charlotte Bowen placing 17th and 21st, respectively, to round out the first day of diving.

In more ways than just a repeat of a high-scoring meet, this year’s ACC Championships closely resembled last year’s impressive showing. Virginia was just as exceptional, led by Madden, who earned a second consecutive Most Valuable Swimmer award after taking first place in three individual events and two relays.

The second night of competition was equally successful for the Cavaliers. Madden took first in the 500-yard freestyle, after which three Virginia women — Walsh, Douglass and Nelson  — placed first, second and fourth, respectively, in the 200-yard individual medley, building on Madden’s earlier victory and scoring a boatload of points for the Cavaliers.

Finally, Virginia’s 200-yard freestyle relay team of Douglass — who set the ACC meet record with her split of 21.50 in the leadoff 50-yard leg — Cuomo, Valls and Walsh completed an impressive comeback to catch NC State and win yet another relay. Bell then continued her strong stretch of diving, placing 10th in the women’s one-meter springboard.

On the third and penultimate day of competition, the Cavaliers were just 24 points ahead of the second-place Wolfpack, but, spurred by three individual event wins and a victory in the 400-yard medley relay, opened up a 168 point lead heading into the last day of the meet. Douglass and Cuomo raced to a one-two finish in the 100-yard butterfly, while Nelson took gold in the 400-yard individual medley, and Madden and Valls crushed the competition in the 200-yard freestyle.

“Tonight, the ladies caught fire early and the flames engulfed,” DeSorbo said on the third day. “We capped off the night with an amazing relay that has eluded us for a few years, finally breaking our program and the ACC record set by an amazing quartet of past Hoos six years ago.”

Virginia caught fire yet again on the fourth day of competition, closing out the meet with several more wins, including Madden’s fifth win of the meet with a victory in the 1,650-yard freestyle and a commanding first-place finish in the 400-yard freestyle relay to sweep every single relay in this year’s meet.

The Cavalier women, on top of their whopping 13 first-place finishes, combined for eight individual Virginia records, four Virginia relay records, six ACC records, one NCAA record and one American record in what was undeniably a meet for the history books.

In winning their 17th ACC title, the Virginia women now firmly stand alone atop the leaderboard after tying UNC’s previous best of 16 titles last year and will look to keep climbing higher and higher in the future.

The Cavalier women will most certainly stand as a force to be reckoned with next month at the NCAA Championships and for several years to come, with 906 of their total 1486 points coming from returning swimmers and divers. This was far more than the next closest ACC competitors, NC State and Louisville, who had 689 and 659.5, respectively – a testament to the strength of Virginia’s younger classes, specifically the freshmen and sophomores, who turned in several winning performances this week.

In addition to the women’s swimming and diving, Virginia men’s diving also competed this week, with senior Tristan Gess placing 29th, 29th and 27th in the men’s 1-meter, 3-meter and platform events.

Up next for the Cavalier women is the 2021 NCAA Championships, starting with diving from Mar. 8 to 10 and finishing with swimming from Mar 17 to 20, while the Virginia men’s swimmers will have their ACC Championships starting Feb. 24 in Greensboro, N.C.

By Connor Smith | 4 hours ago

By William Smythe | 4 hours ago

The Cavaliers held their own throughout the game against the Falcons, with 11 of their players notching 20 total goals by the end. 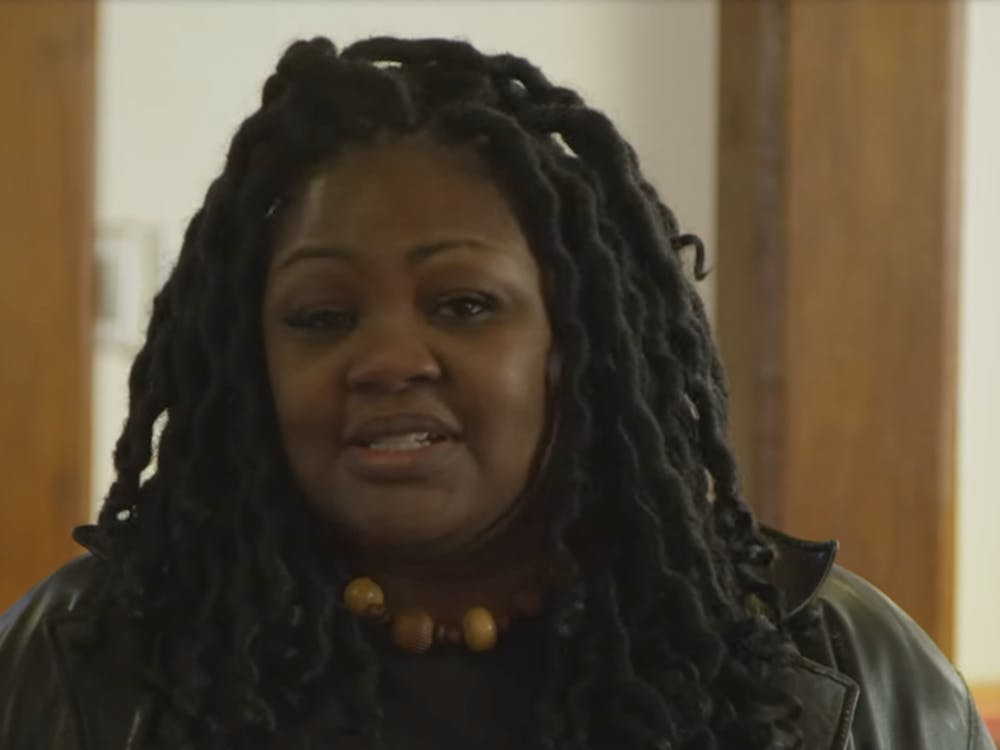 By Kristin O’Donoghue | 5 hours ago