Stop and read the walking billboards

My newfound appreciation for slogan t-shirts in airports

After sitting in an inordinately large amount of Los Angeles traffic, I finally arrived at Los Angeles International Airport. However, my journey had only just begun, and I would soon find myself toiling to navigate the logistical and physical maze of LAX. I weaved my way through a line to check my bag, only escaping to enter yet another weaving line of bunched travellers eagerly untying their knotted shoelaces in anticipation. The agitated security staff was already exhausted by the unprepared, lackadaisical passengers that they often encounter, and I made it my mission not to add myself to the list of security fugitives. I headed toward my departure gate.

I continued to maneuver this turbulent maze of bodies, trailing through clusters of people moving at conflicting speeds and with divergent direction. I walked with a consistent rhythm, careful not to let anything hinder the pursuit of my gate. Darting out of the way as a group of frenzied teenage boys ran to catch their flight, my eyes flashed from one moving figure to the next, and I was abruptly stopped in my tracks. A tall woman walked toward me wearing an oversized yellow t-shirt with a forceful statement swept across her torso. I stood halted in the maze of people, half shocked and half intrigued by what I had just read.

For the purpose of this article, I will not disclose what was written on the neon yellow shirt, but trust me, you would have stopped too if you had casually stumbled upon this hilariously daring message. After this encounter, I began logging in my notes app the similarly audacious slogans that airport-goers elected to wear in this overtly public arena. Throughout my few years of collecting, I have come to realize that these proudly worn slogan t-shirts are, more often than not, a vessel through which one can express their thoughts without having to take credit — or blame — for the words on the shirt. Categorizations began naturally forming, and, like personalities, it became clear that certain messages were genuinely light-hearted while others were palpably cryptic.

This brings me to my first category of slogan tees — shields of vulgarity. As I mentioned above, many of the slogans that appear on my list are not exactly appropriate, and it often seems as though the statements that are boastfully laminated onto the front of a t-shirt serve to absolve one of any obligation to the words. This makes sense to me, though, because articulating the way one feels or what one thinks requires a level of vulnerability that seeing, buying and wearing a slogan t-shirt does not.

For example, I don’t think strangers would go around declaring, “a**holes live longer,” but having it written on a shirt gives the wearer a false sense of disassociation from the phrase. In that sense, these slogan tees are more like shields of vulgarity and shields of vulnerability, giving room for outwards declaration of internal feelings — controversial or not. While I may not always personally identify with these facetious slogans, I always think, “Hey, you do you.”

The second category of slogan t-shirt is equally honest yet prominently chaste. These slogans tend to be downright authentic descriptions of exactly how someone feels — emotionally engaging a passerby by outwardly sharing their thoughts with the public. I find myself thinking “true” or “respect,” admiring the confidence with which people choose to assert their feelings to the world. It's an international airport, after all.

On my most recent trip through LAX, I witnessed a prime example of this second category. Two young women who appeared to be traveling together were slowly making their way through the busy airport terminal, dragging their multi-colored slippers across the floor. As they drew closer, I noticed that both of them sported slogan tees and, ironically, their messages seemed to contradict each other. The first read “No thanks,” suggesting her exhaustion with, well, everything. The second read “No Bad Vibes” and, while equally blunt, this statement felt oppositional to the first. I wondered if this pair had worn these tees intentionally or — if by some force of the universe — they both happened to choose slogan tees that framed the traveling duo as emotional adversaries.

I sat scrolling through my collected list, and I got to thinking, “Would I ever buy or wear one of these outwardly candid expressions across my chest?” Upon further reflection, I realized that I do, in fact, own shirts of this genre, but that I would not dare to wear them in such a space that publicizes my feelings so widely. I’d rather write them down or talk with a friend — but I love to write and also to talk, so that does facilitate my own emotional rumination. But others may not also feel the same way with interpersonal communication or jotting down thoughts in a journal. This led me to decide the choice to wear a statement slogan tee is a subconscious call to vocalize — without really vocalizing — one’s personal thoughts or feelings.

As is evident in my exploration of this simple airport outfit choice, the impact of a slogan t-shirt is tangible and leaves more of an impression than you may have imagined. Next time you find yourself getting dressed to leave for the airport, I urge you to consider embracing one of these honest pieces — they just might make someone awkwardly laugh or warmly relate. You never know who might be passing by.

Willa Hancock is a Life Columnist for The Cavalier Daily. She can be reached at life@cavalierdaily.com.

Dear Cecy, here’s what you should do

By Cecy Juárez | 5 days ago

Dear Cecy and any incoming first years that stumble upon this, your first year of college is going to be difficult, but you'll be OK. 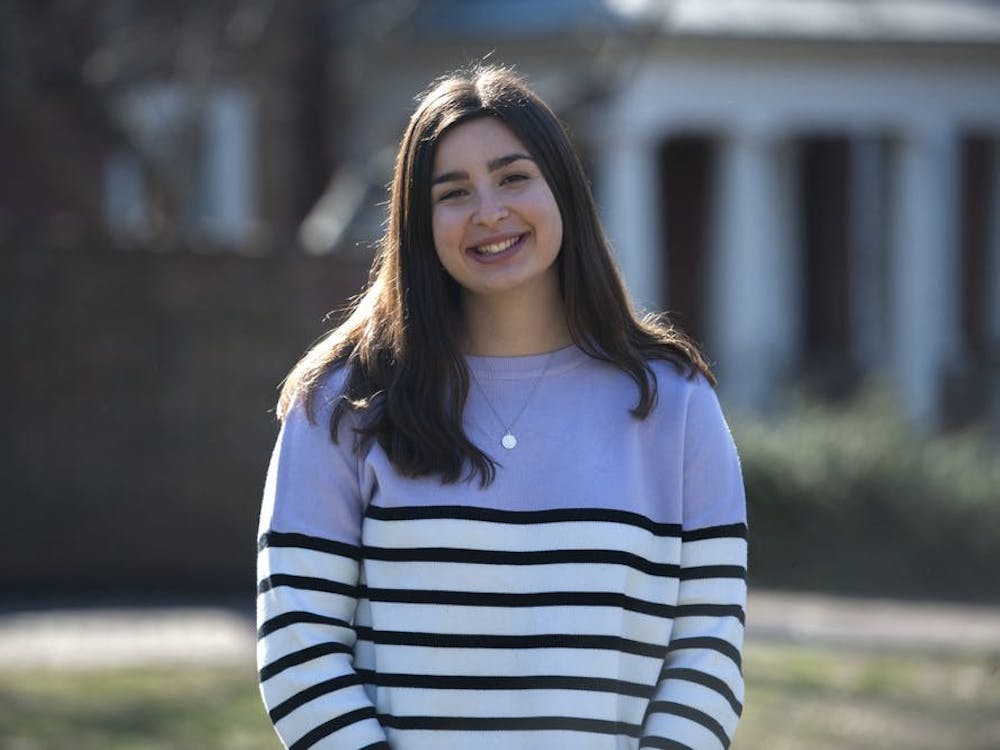 Staying in touch doesn't have to be formal or planned out, make communication fun and it will come naturally to you!

Running a marathon made me a better person

The experience of the past 12 months led me to realize how opportunities we take for granted can disappear overnight. There's no time to waste — find your dream and live it.