With recreational marijuana legal as of July 1, 2021, the Commonwealth must move to release all those in prison for marijuana offenses

Earlier this month, the Virginia General Assembly passed a final version of a bill to legalize recreational marijuana in the Commonwealth. While the original version of the bill set the legalization date in 2024, an amendment proposed by Governor Ralph Northam and approved by both chambers of the legislature moved the date up to July 1, 2021. The legislation is monumental — Virginia is the first state in the South to legalize recreational marijuana.

This victory should be celebrated — marijuana is one of the safest substances out there, and legalization has been shown to reduce overall incarceration rates and prevent violent crime from drug cartels. Despite legalization though, the Commonwealth currently has no plans to free people incarcerated for marijuana convictions — including possession, intent of or actual distribution and so on. While a resentencing plan was included in draft versions of the legalization bill, it was ultimately left out of the bill’s final version passed by the General Assembly. Governor Northam has said that he wants legalization focused on social justice — a goal only possible if it includes freeing people incarcerated for marijuana offenses.

Opponents of releasing marijuana offenders argue they broke the law when marijuana was illegal, and must therefore serve the remainder of their sentence. They did break the law — but the law was unjust, intended to harm communities of color and arbitrarily applied. Most of our contemporary drug laws find their origins in Nixon’s War on Drugs. Not only ineffective and counterproductive, the War on Drugs was deployed to uphold white supremacist values and oppress Black Americans. In a 1994 interview, for example, one of Nixon’s former aides admitted that the War on Drugs was created as a tool of violence against Black communities.

The racism and community harm from the War on Drugs and its lasting policies are still felt across the country today. In 2017, the Virginia Crime Commission found that 46 percent of the people arrested for marijuana offenses from 2007 to 2016 were Black — despite Black people only making up about 20 percent of the Commonwealth’s population. In 2019, marijuana arrests in Virginia reached their highest levels in two decades — nearly 29,000 arrested.  Legalization is a step towards social justice, but correcting the historical targeting of Black people with arrests and incarceration must accompany it.

Moderates — in a silly bid for compromise — will suggest that only nonviolent marijuana offenders should be freed. The fact of the matter is that a “nonviolent marijuana offender” is not a real category but rather a phrase of political convenience. There is no solid definition of what constitutes nonviolent. For example, some argue it should exclude those whose marijuana crimes involved a weapon — even if the weapon had nothing to do with the crime, and was just on their person at the time of arrest. Instead of facing and responding to hard truths about racial justice, politicians resort to fabricated terms that will do little to reduce mass incarceration. All people incarcerated for possession and distribution of marijuana — assuming no other convictions — must be freed.

Aside from promoting social justice by freeing marijuana offenders, Virginia must critically reevaluate how we respond to all drug users. Mounting evidence demonstrates that incarceration is not the answer to drug addiction — treatment and rehabilitation are. Virginia already employs the first offender program, for example. A person’s first drug conviction can be sentenced with community service and addiction counseling. After the first offense though, people face mandatory minimum prison sentences and harsher punishments. Combating drug use is a marathon, not a sprint — a relapse should not lead to jail time. Alternative sentencing should be expanded to cover all drug use and not stop after the first offense. We must stop treating drug use like a criminal issue and start treating it for what it is — a healthcare issue.

The General Assembly’s move to legalize recreational marijuana and create a regulated market for it in the Commonwealth is undeniably a good thing. Governor Northam’s commitment to social justice in legalization is exactly what Virginia needs in our contemporary period. But it is impossible to legalize marijuana under the banner of social justice without accounting for and actively addressing the historical harm American drug policies have caused. It is impossible to fulfill our goal of racial justice without freeing those incarcerated for past marijuana offenses.

To the people who put up with me and my antics throughout my time on The Cavalier Daily — thank you for giving me a home at this school.

By Student-Faculty Safety Collaborative | 2 days ago

These results were not surprising to us and the other sociology students who gathered and analyzed this data, but another finding might surprise University administration — more police is not the answer. 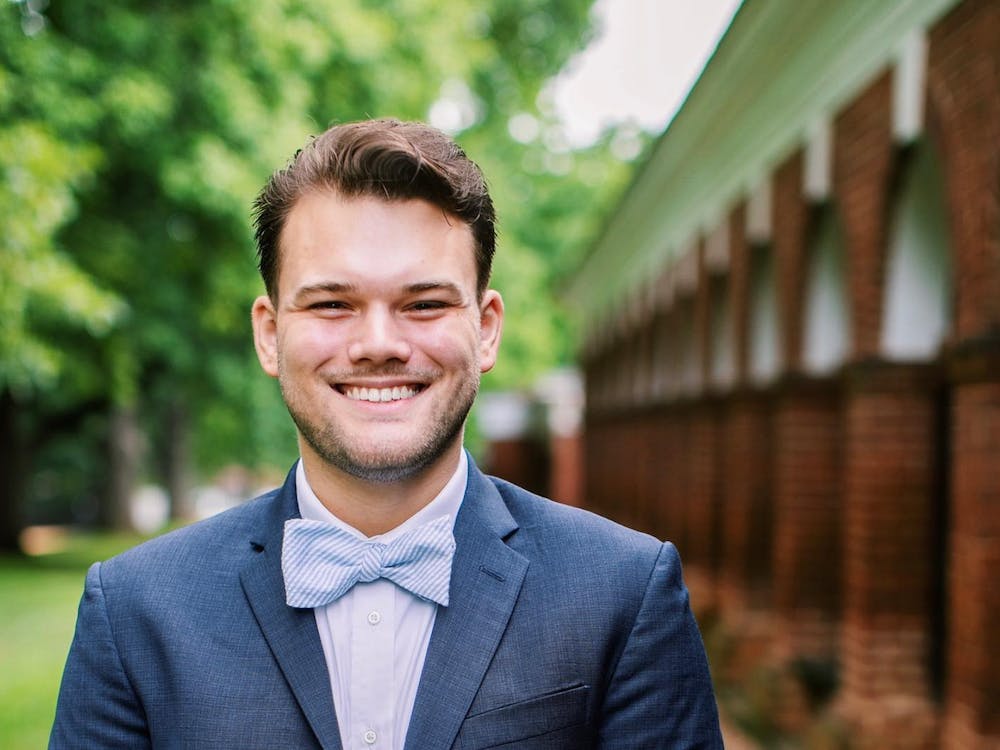 By Noah Strike | 2 days ago

Enjoy your college years. Do not fall for the mysticism of student self-governance.