The final meet of a fantastic regular season from the Cavaliers was highlighted by the performance of graduate student Michaela Meyer, who won the 800-meter with a time of 2:01.82. In doing so, she broke her own school record, set a facility record and recorded the eighth best time in the nation this season.

Also in the field, sophomore Rebecca Hawkins was able to win the high jump with a personal best leap of 1.75 meters (5’ 8.75”), placing her at ninth on Virginia’s all-time performance list. The Cavaliers also won the women’s shot put thanks to freshman Maria Deaviz, who won her fourth shot put event of the season with a throw of 16.89 meters (55’ 5”).

In addition to Meyers’ phenomenal accomplishment in the 800-meter, Virginia gave many other strong performances on the track. Seaman won the 100-meter dash with a personal best time of 11.44. This was an improvement on her own freshman school record and ranks fourth all-time for the Cavaliers. Seaman was just ahead of freshman Kayla Bonnick, who finished second in the event at 11.62. In the 100-meter hurdles, senior Andrenette Knight won with a personal record time of 13.37, placing her at third on the school’s all-time performance list.

Additionally, freshman Claudio Romero continued his stellar season as the top collegiate finisher in the discus with a throw of 62.81 meters (206’ 1”). The only athlete to surpass him in the event was former Virginia thrower Jordan Young, who won the event with a toss of 64.14 meters (210’ 5”).

In the women’s discus, junior Thelma Kristjánsdóttir was second with a heave of 52.13 meters (171’ 0”). Sophomore Sadey Rodriguez finished in fourth place after a personal best effort of 48.46 meters (159’ 0”).

Senior Maya Maloney finished second in the pole vault with a personal best height of 4.08 meters (13’ 4.5”). This performance puts her at second on the school’s all-time list. Freshman Trina Barcarola finished fifth in the event after clearing 3.83 meters (12’ 6.75”).

History was made in the final event of the day, as Georgetown junior Jack Salisbury and freshman Parker Stokes became the first athletes to ever record a mile time of less than four minutes at Lannigan Field. Salisbury ran 3:56.22, and Stokes ran 3:59.89. For Virginia, freshman Wes Porter, who ran 4:00.08, and freshman Conor Murphy, who ran 4:00.09, just missed the four-minute barrier. They still finished fourth and fifth, respectively, to wrap up a successful day for the Cavaliers.

Next up, Virginia will look to continue its momentum in the 2021 ACC Championships May 13-15 in Raleigh, N.C.

By Aidan Baller | 47 minutes ago

After a tough dual meet loss to Campbell on Nov. 20, the Cavaliers bounced back with ten place winners and four first place finishers.

By Sarah Pettycord | 2 hours ago

Being a sports fan is one of the best things that has ever happened to me, and I wish that everyone is able to say the same about themselves one day. 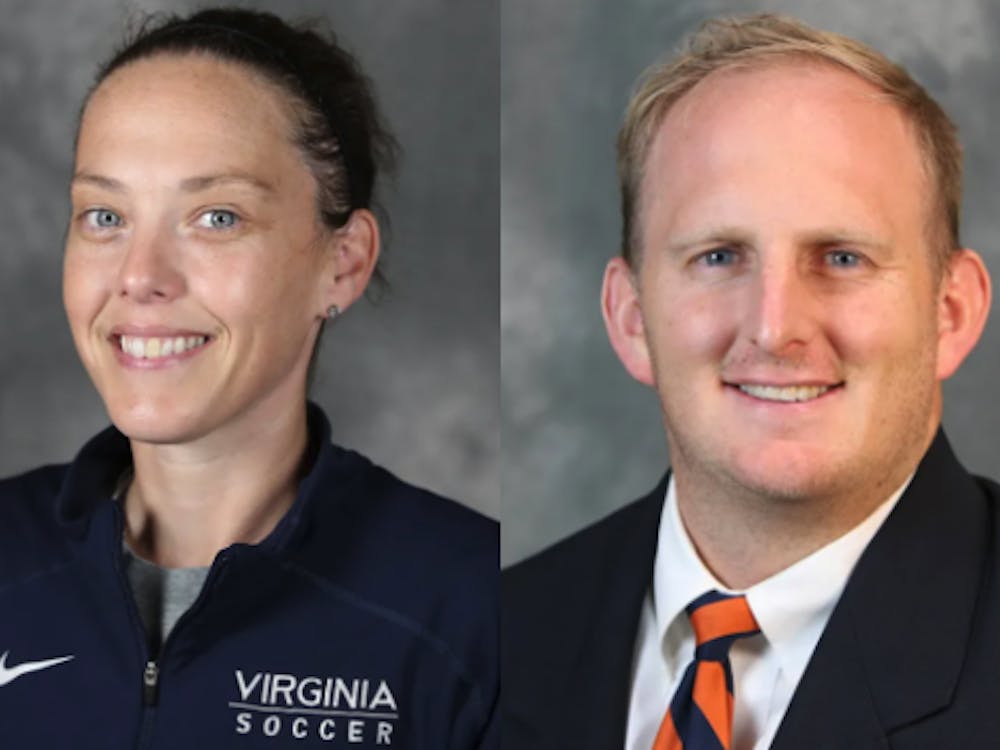 By Alex Maniatis | 2 hours ago

Virginia Athletics is at the forefront of data analytics with two incredible pioneers forging a strong path.