Under the bright lights of Klöckner Stadium, No. 8 Virginia took on struggling ACC counterpart Pittsburgh in a game where the Panthers were clearly overmatched by the Cavaliers, who dominated with a final score of 6-0.

Pittsburgh (1-11-1, 0-5-0 ACC) visited Klöckner in hope of knocking off one of the top teams in the conference, but Virginia (9-2-2, 2-1-2 ACC) continued its streak of dominance over lesser competition, save for the loss to Miami.

In this game, the Cavaliers dominated across the board: possession, shots and, of course, goals were all overwhelmingly in Virginia’s favor.

Head coach Steve Swanson was effusive in his praise for his team. Swanson said he likes the direction his team is moving in, and is glad they appear to be approaching their peak at the right time.

“We’ve been getting better every week and this was certainly our most consistent performance over 90 minutes,” Swanson said. “Obviously we converted our chances, but now we have to do it on the road, and do it against top competition. … I thought this was as good a performance as we’ve had all season.”

The Cavaliers eased into the match for the first 10 minutes, but began to put the pressure on after getting a good feel for the game.

The Cavaliers kept up the pressure and found another goal in the 22nd minute, as senior midfielder Alexis Shaffer launched a lovely shot into the top left corner from the top of the box.

Shaffer wasn’t done scoring, however, as she followed up on her goal a minute later in the 23rd minute by expertly placing a 25-yard free kick into the bottom left-hand corner of the goal.

The Cavaliers went into the half very comfortably with a secure 3-0 lead, having outshot the Panthers 14-0.

Coming onto the field after the half, the Cavaliers needed to maintain their dominance and not allow a goal that would give Pittsburgh any hope.

The team did not disappoint. They came out of halftime ready to go for the jugular and hold nothing back.

Freshman forward Taylor Ziemer opened the scoring for the half in the 50th minute with a rocketed shot from 30 yards out that bounced into the goal off the crossbar.

The goals didn’t stop there, as Shaffer completed her hat trick in the 52nd minute, assisted by none other than Taylor Ziemer, to give the Cavaliers the 5-0 lead.

On her hat trick, Shaffer was deferential to her teammates.

“Props to my teammates,” Shaffer said. “Everyone moved the ball so well, and all I did was just put the ball in the back of the net.”

The Cavaliers capped off their scoring with a penalty kick by senior forward Morgan Reuther, who powered the ball low and down the middle of the goal to give the Cavaliers their sixth goal of the evening.

Shaffer, the hat trick hero, praised how the team is starting to gel going forward.

“I think tonight’s performance just showed how we’ve been working really hard throughout the season, especially in practice,” Shaffer said. “I don’t think this season we’ve played to the best of our ability, but tonight we stepped up and played as well as we have played all season.”

Looking forward, Taylor Ziemer hopes this game can propel the Cavaliers forward and give them momentum going into a huge matchup this Sunday against No. 14 Notre Dame.

“Hopefully we’ve opened the floodgates and we can finish our chances like this on Sunday against Notre Dame,” Ziemer said. “It’s a good confidence booster going into that game.”

Sunday’s match at Notre Dame has massive implications for the rest of the season, and the team undoubtedly wants a win to follow two draws against top ACC teams Florida State and North Carolina. Based on this performance against Pittsburgh, Swanson likes his team’s chances.

“We still have to prove a lot and I think Notre Dame is a very tough team to break down and they’ll be very tough at home,” Swanson said. “There are no guarantees with any of these, but I like the way we are playing. … The biggest thing is to approach these games one at a time … we just need to take care of what we can control.” 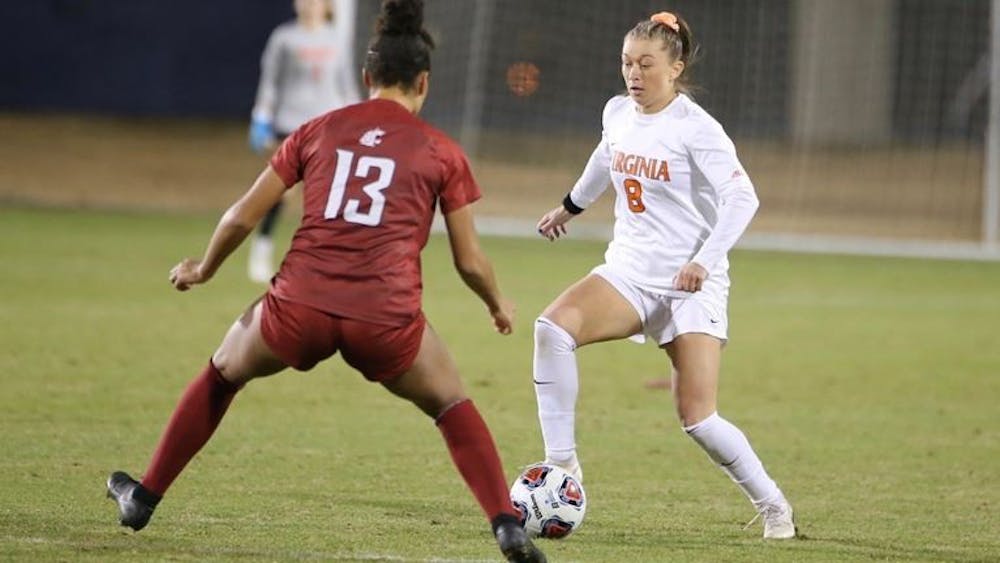 No. 3 Virginia upset by Washington State in the second round of the NCAA Tournament