Social norms from behind a bathroom stall

Initiated around 19 years ago to eliminate misconceptions and encourage positive behaviors regarding health issues at the University, the Stall Seat Journal is a monthly poster read everywhere from dormitory bathrooms to libraries around Grounds. Affiliated with the Office of Health Promotion, the SSJ student staff is comprised of two editors, two designers and nine campaign assistants, who help relay information pertaining to topics like effective study habits, mental wellness and safe alcohol use by putting up posters.

Originally displaying focused messages and drawing attention to high-risk alcohol and substance use, the SSJ now provides multiple perspectives with supportive information to match the needs of the general student body. Student campaign assistant Madeline Speirs shared how the journal’s past factors into the staff’s current work.

“When I sit down with [fellow editor] Matt to work on these issues, we draft our goals for the posters by comparing how we’ve covered the topics in years previous and identifying where we could improve,” Speirs said.

According to Data Initiatives and Evaluation Specialist Sally Dover, the location of the posters behind the bathroom stall door makes the SSJ an effective mode of outreach. Both the repeated exposure to the SSJ’s material and anonymity of the readers when digesting the information privately enable readers to benefit more from the posters than if they were briefly viewing them in a public space. Nicole Ruzek, director of Counseling and Psychological Services, explained why SSJ’s namesake location is important.

“[The posters] could be hanging up on a wall somewhere and the student might not sit there and read it because they do not want people to see that they are interested in that information,” Ruzek said.

The SSJ reflects Social Norms Theory, which is based on the observation that students’ beliefs and misperceptions are influenced by the actions of their surrounding peers.

“SSJ is a form of social norms marketing, which is basically the idea that you’re more likely to do something if you think many people already do it,” Speirs said. “Therefore the Journal helps to normalize and promote healthy behaviors that we all do, but don’t always talk about.”

“I think [the SSJ] puts things in perspective because you only see the extreme as a college student and then you think that's the norm,” third-year Commerce student Kate McGinn said. “You try to live up the extreme which you think is the norm, but its not the norm.”

Dover said the information and statistics displayed on the posters are sourced from National College Health Assessment survey that all students can complete online every spring. While these surveys help specify students’ most relevant issues, the SSJ staff also relies on input from external sources — for example, the Department of Family Medicine at the University Health System suggested that SSJ cover the cold and flu after doctors noticed that students consistently had trouble differentiating between the two ailments.

Jennifer Zhou, a third-year College student and designer for the SSJ, said that when brainstorming layouts for the poster, she draws inspiration from the predominant season of the month and from popular websites like Pinterest to make the posters attractive. She said that presenting the content in an easy-to-digest format enables readers to connect with and understand the information provided.

Since first-years are transitioning into a new environment, the SSJ’s posters are significantly important in first-year dorms because they help these students learn their way around the University by presenting them with resources available on Grounds and student advice along  with statistics.

“I know a lot of RAs use them because they connect with them whether it’s certain topics or certain issues,” McGinn said. “They reuse them to either to put them up in their dorm rooms or in their hallway, and I think the fact that they are reused shows that students connect with them.”

According to McGinn, many students regularly engage with the resources advertised on the posters, suggesting that the SSJ has far-reaching impacts.

“I think CAPS, specifically, or the [Madison House Helpline] are those two resources that students are very aware of,” McGinn said. “People have come out and been like, ‘I just had a really stressful day, and I called the hotline.’”

According to Ruzek, the Counseling and Psychological Services at the University initially had a difficult time figuring out the best way to advertise their services to students. Ruzek said that the SSJ helped overcome CAPS’ challenge because these journals provide information in a creative and accessible way that helps students take care of themselves.

Dover noted that students who work for the SSJ are typically interested in learning and sharing valuable health knowledge and in gaining professional experience in a health career.

Students wishing to become a part of the SSJ can find job applications for open positions on Handshake. 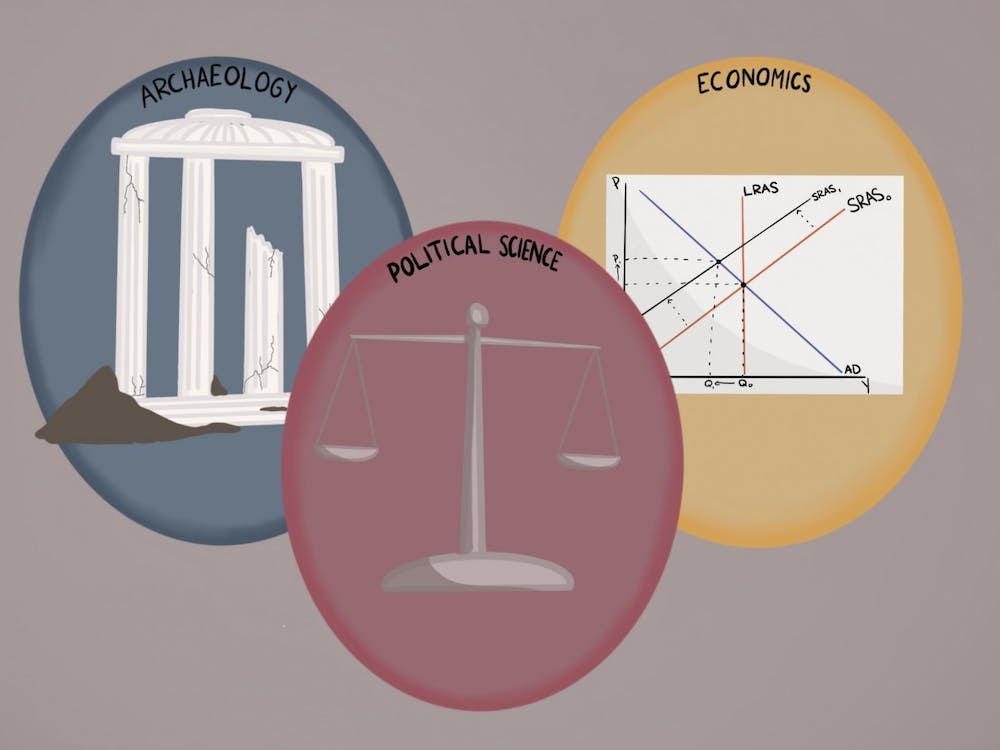