Rationalizing a love/hate relationship with where I’m from 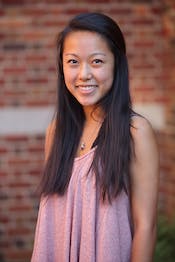 On a typical summer day, you can find me cruising down the backroads of Blacksburg with my radio blaring the local country music station — 94.9 FM, for those who were curious. Blacksburg, if you didn’t already know, is a small town located in southwest Virginia, where most people also enjoy listening to country music and doing other small town, southwest Virginia things like hiking or using backroads even when it makes the trip longer because the “real” roads are never actually busy.

There are so many things about this area that charm me, and I still stand by my claim that Blacksburg is hands down one of the best places on earth. Saturday morning strolls down to the farmer’s market, quiet roads, busy local coffee shops and some of the prettiest sunsets I’ve ever seen are just some of the things that make this place special to me.

While there are parts of Blacksburg like these that I welcome and embrace, there are a few things I will just never truly identify with. For starters, the geography of the area means that it is still a relatively southern part of the U.S. That means great things like sweet tea, country music and some incomparable comfort food, but this facet also ushers in some things I can’t get on board with.

Though Virginia Tech brings in a considerable and underrated amount of diversity to the area, Blacksburg is still definitely predominantly white, and I am not. Not only that, but it also presents an interesting mix of people. A substantial portion of the population is pretty liberal, yet many others still drive around with Confederate flag stickers — and for the hardcore ones, real flags — on the back of their pickup trucks. The overwhelming presence, it seems, is that of a very traditionally Southern, conservative town.

I don’t love that. It creates a difficult limbo for me in that I love many, many things about Southern culture and the place I’m from but also hate some of the implications. All formalities aside, it’s pretty uncommon for a person of color to thoroughly enjoy country music and southern fried food as much as I do. Yet I also find myself nauseous at the thought of traditional Southern conservative values — except hospitality, I like that. Because of where my hometown falls on the map, I both love and hate it. Sometimes it seems like my identity doesn’t totally line up.

I’ve struggled with similar things in college. Greek life is something I’m also not totally on board with because I think it perpetuates all the worst things about our University, like exclusivity, racism, sexism and, last but not least, elitism. Despite this, I still joined a chapter where I have found some of my best friends and created experiences I deeply cherish.

The interesting thing I’ve found, is that many of my fellow sorority sisters feel similarly. Sometimes it’s hard to understand why any of us are involved in Greek life at all. I realized, though, that our chapter is one that is not defined by traditional “sorority life.” Instead, my group of friends and I have learned how to extract the good things about Greek life like meeting new people who are similar to you and forming lasting friendships with people who push you to be better, all while trying to avoid at least some of the negatives.

We do this in subtle ways, like having conversations about what’s wrong with the system and taking action when possible to not follow a status quo that seems wrong. I think we’ve found a way to not let our involvement in a Greek organization define us, but rather let us set the standard for what we believe is cool about Greek life — and also what we believe is not so cool.

This idea sort of applies to my Blacksburg life too, and the many identity crises I seem to face. Occasionally I’ll feel like a hypocrite for loving and participating in “Southern” culture and Greek life, loving country music and hanging out with all my sorority sisters. For me, it’s hard to take a definitive stance on things that are so multifaceted. I think a lot of people think it necessarily has to be black or white, but it doesn’t; there are actually so many gray areas to the things we’re involved in and the things that make us who we are. Those gray areas, I’ve found, are simply a space for you to define where you stand.

Athena Lee is a Life Columnist for The Cavalier Daily. She can be reached at life@cavalierdaily.com.