Class of 2018 alumnus Daniel Autry has been awarded a fellowship through HackCville to help others battling depression, a mental illness he has personally been fighting for years.

“I had struggled with time management stuff, stuff from high school, social anxiety, just general sadness and hopelessness, kind of lost in the fogginess,” Autry said as he recollected the internal conflict he constantly felt while a student at the University.

As a  Dallas native and a black student enrolled at U.Va., Autry had struggled to find a place to call his second home at the University, as it was difficult for him to “fit into a bubble” and find people that looked like him. This was one of the many things that contributed to his spiraling anxiety.

“I [had] been struggling with mental illness really since high school … [and had a] really hard time telling people about mental health because people thought it was something crazy,” Autry said.

According to Autry, since mental illness was stigmatized and a taboo subject in his hometown, he was unaware of what psychology or what mental health really was until he came to the University.

During his second year, Autry felt he was spiraling downward and ultimately had a mental breakdown. Although at this point he still did not know exactly what was wrong, he realized he needed to seek help.

Autry discovered the University’s Counseling and Psychological Services following a 2015 incident in which Martese Johnson, an African-American third-year student, was forcefully arrested by Virginia Department of Alcoholic Beverage Control agents outside Trinity Irish Pub. This caused a large public movement against excessive force by law enforcement and stimulated several emotions of rage, injustice and disbelief across Grounds.

“U.Va. sent out a message to talk to CAPS if you are struggling with anything, so I went up there,” Autry said.

His experience at CAPS, however, did not cure him, but helped him understand his depression. This realization became a way for him to make changes in his life.

In addition to his CAPS sessions, Autry said he began to take classes that explored his passion in computer science and psychology. Becoming more involved in the University community, Autry joined HackCville — an organization of students that creates initiatives in software, data analytics, graphics and photography industries — which opened up several avenues for Autry.

“HackCville group is a group of really cool people, not really a typical U.Va. student,” Autry said. “They think differently and that’s cool.”

Autry’s heavy involvement in HackCville can be attributed to the several leadership positions he held. He taught in the summer program and participated in Launch — a summer internship at a startup or tech company in Charlottesville, New York City, D.C., Richmond or Austin, Texas.

After graduating with a degree in computer science in 2018, he declined several offers from large companies to follow his passion — sharing his story and helping others.

Currently, Autry is one of HackCville’s Elliewood Fellows for 2018. The Elliewood Fellowship is a one-year program that gives graduates a viable path to start ventures in Charlottesville and contribute to the local entrepreneurial ecosystem.

Autry is in the early phases of creating a project that helps students combat mental health issues, stress and time management. As an Elliewood Fellow, Autry has begun talking to peers, teachers, resident advisors and counselors from different universities to try to understand the problems they and students face.

“We have a lot ideas, possibly a meditation app that caters to college students that helps with exams that can help them de-stress through time-management,” Autry said.

According to Autry, there is not much information about the app that he can disclose, as it is still in development.

His work has generated support from the University community.

“Daniel is an exemplar of HackCville,” HackCville Executive Director Chip Ransler said in an email. “He's a super passionate guy that had a problem and set out to solve with tools he learned in our programs.”

Autry gets hands-on mentoring support and financial assistance from the HackCville staff that enables him to pursue this entrepreneurial career.

“We couldn't be prouder of all the work he's done to normalize mental health issues his among peers and his work to try and make solutions that can actually help students in need,” Ransler said.

As Autry’s mission to combat mental illness expands, he continues to tell his story, hoping that sharing his illness can help students find someone to relate to.

“The biggest thing that I have ever done is telling my story,” Autry said. “It makes people feel good about speaking about themselves.”

“Take a step back and do little things like hanging out with friends,” Autry said. “Having a support network is key.” 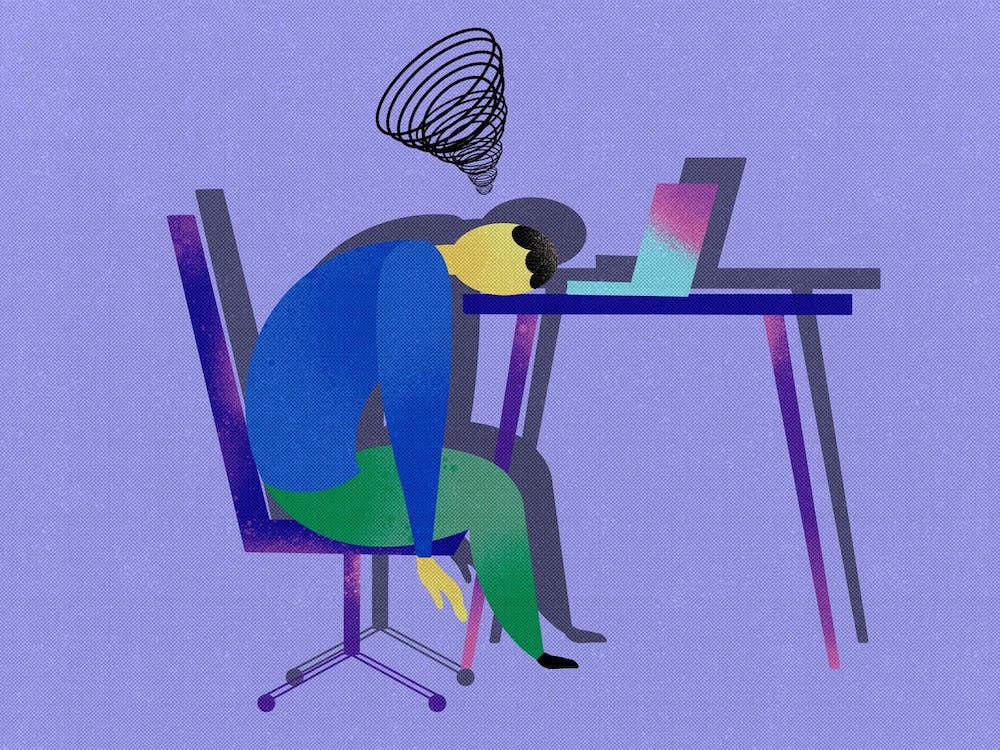