Sometimes letting go of the past may be the only way to acknowledge how you’ve changed since coming to U.Va.

In high school, no one — not my friends, my teachers nor my family — thought I would attend college anywhere near my hometown of Memphis, Tenn. I had always talked about how I wanted to “get away” from the town I grew up in — one that always felt so small despite its metro area exceeding 1 million people. During the college application process, the closest school I applied to was seven hours away. And then I ended up at the University, which is 11 hours away from Memphis by car and a place very few students from my high school ever attended.

As a result, I did not come to U.Va. with close friends, but I loved it that way. Not only did I get to shed some of the identity I had developed in high school — one that was shaped mostly by an extreme dedication to academics — but I got to develop new friendships, many with the girls living in my dorm and those I worked with on The Cavalier Daily.

As these relationships began to form, I realized that there was something most of my friendships from home lacked — reciprocation. For the last two years, I had become a third-wheel friend without even realizing it. I found myself confused by inside jokes my friends would reference, sometimes learned about plans to hang out after they had happened and only truly spent time with people if I initiated the get together.

Yet, I hung on to these people — whom I still considered my best friends — because I didn’t know any better.

Throughout middle school and the first two years of high school, we had fit together like pieces of a puzzle, each giving each other strength where the other had a weakness. But by the time senior year came, we had changed. I had stopped playing soccer and dedicated myself to the newspaper and theater while they joined the cross country team, took art classes and partied before I was comfortable doing so. We were becoming different people, yet I clung to the image I had of us in middle school — of the friends with weird nicknames for each other who would rather sleep on the floor of someone’s living room than on beds in separate rooms.

This warped my idea of what friendship was. For that time, I assumed that being friends with people meant having to plan hangouts, acting like the “mom” of the group by being the designated driver and being OK with only seeing some people during school.

This is not to say that the friends I had never supported me. In fact, they were there for a lot of ups and downs those first years — from my parents’ divorce and my mom’s and my car wreck to my soccer team’s state semifinal appearance and my election as literary magazine editor-in-chief. Things just changed, and it took me until my first year of college to realize it.

My first semester, I made friends who would stop by my dorm room just to say hi, who regularly asked me to get dinner at O’Hill, who supported me when my grandfather passed away my first month on Grounds and who willingly spent fall break acting like a tourist with me in Washington, D.C. They were people who invested their time in maintaining our relationship and knew that being a great friend meant giving me as much love and devotion as I gave them.

While this had an incredibly positive influence on my growth, especially as I gained a lot of self-confidence, it made going home hard.

Although I was only home for a few days during Thanksgiving first year — time I mainly spent with family because the break was so short — Christmas break my first year was challenging. Growing up, I had always seen images and videos of friends from high school coming back from their first semester at college as close as ever, so it was hard to balance this dream with my first-semester realization. I was scared that spending too much time with that group could — once again — make me accept less than I deserved from the people I called friends.

Resultantly, I spent my break calling my friends from the University every day and hanging out with my family, only really getting coffee with a couple high school friends — most who were not from that group of friends I’d had since middle school. Honestly, there were times when that break was lonely — when I was tired of being in my house and just wanted to do something — but that only made the time I spent with friends that much more meaningful. Not only were our conversations about what extracurriculars we joined and friends we made, but they touched on how we were coping in terms of our mental health and how we dealt with the transition from a graduating class of 100 students to one of thousands.

This became the way I spent my limited time at home during the summer and then once again during Thanksgiving and Christmas breaks second year.

Honestly, I don’t know if I regret making that choice. Of course, there’s a chance we could have found new ways to support one another despite having changed in college, and 20 years down the line, I may be sad that I can’t introduce that group as my “best friends since high school.” But knowing what letting them go has given me — the confidence to expect more for myself and my relationships — will always be a good thing in my mind.

So to those at home during this quarantine, wondering how to interact with the hometown friends you left behind when you came to the University, know that it’s not your obligation to maintain those relationships. It does not mean that you don’t cherish the moments you spent together or that you don’t love them still — it just means that you’ve learned to leave behind the puzzle pieces that don’t fit your life’s picture anymore.

Carolyn Lane is an Assistant Managing Editor at The Cavalier Daily. She can be reached at c.lane@cavalierdaily.com. 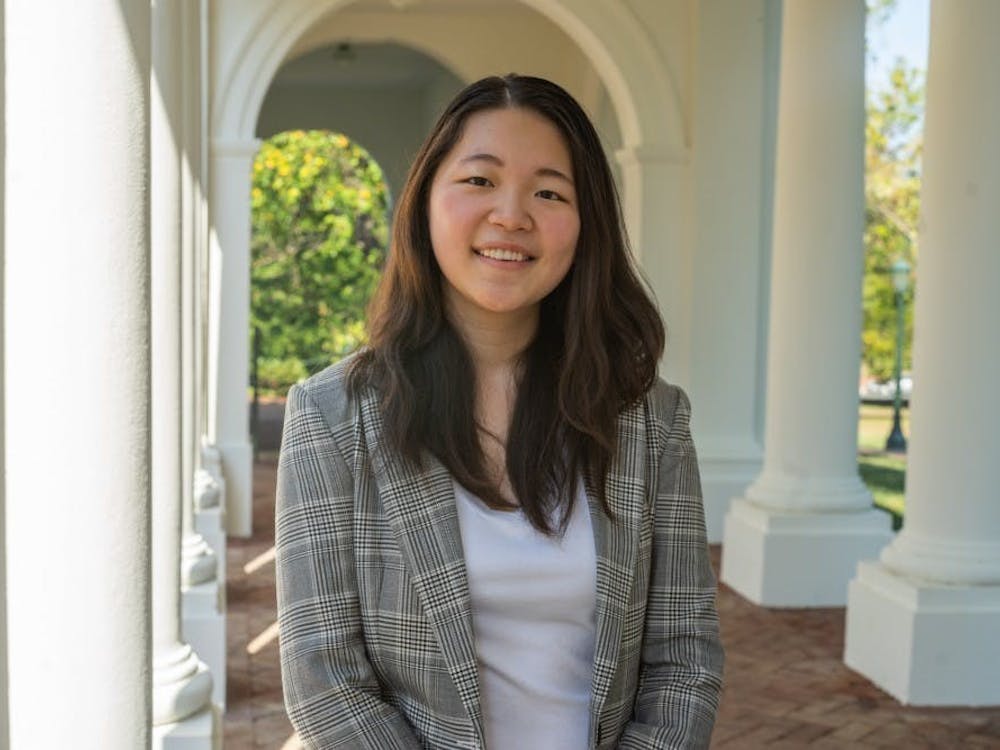