In a time when learning in makeshift classrooms at kitchen tables has become the new norm, reliable internet access is more of a necessity than a luxury. According to data from Pew Research, over half of Americans consider internet access “essential” during the pandemic, yet a report from the Federal Communications Commission estimates that 19 million Americans are without access to broadband — a form of high-speed internet. This disparity is heightened in rural and tribal areas, with one-fourth and one-third of those populations lacking broadband access, respectively. Exacerbated by the pandemic, these barriers to internet access have yielded adverse effects in education, public health and news access.

Well before the current health crisis transferred life to a digital environment, ongoing barriers to education were prevalent. The School of Education and Human Development recently hosted an online discussion that addressed these inequities in depth. The virtual panel touched on the disadvantages in internet access that many low-income, rural communities face, and also  encouraged viewers to take action.

“If we consider education a human right — and I think many of us would — then the internet, which is a pathway to education ... has to be considered part of that human right,” said Bob Pianta, dean of the School of Education and Human Development.

While fluctuating internet accessibility has many implications for students, the rift most notably has produced a ‘“homework gap” — meaning some students have lacked adequate internet access outside of the classroom to complete their homework assignments. As a result, these students have been at an academic disadvantage compared to classmates with reliable access.

Pianta noted that the split has been acknowledged for several years and that even before the prevalence of online classes and the internet boom of the past decade, the homework gap posed a threat to academic success. With most learning moving online during the pandemic, these issues are compounded.

“We are really now seeing more broadly an ‘education gap’ because the pandemic has forced us to do all of our teaching and learning online,” Pianta said. “I think if you did the surveys, now you would see that it was at least 16 million, if not many million more, students that have been negatively affected by the lack of service.”

Furthermore, a pre-pandemic survey, conducted between March and April of 2018, also demonstrated that among teenage students in the United States, internet access isn’t equal across racial groups. When asked how frequently computer or internet access issues prevent the student from completing their homework, 25 percent of Black teenagers replied “sometimes or often” in comparison to only 13 percent of white teenagers.

Beyond education, internet access has become critical to health management in the ongoing pandemic. Everything from telemedicine appointments to registering online to receive the coronavirus vaccine can be accomplished with the click of a button.

John Stankovic is both a  BP America professor and director of Link Lab, a multidisciplinary cyber-physical systems research group at the University. He noted that unfortunately those lacking reliable internet access or the skills to use such technology are lacking these critical health resources. Stankovic works on systems that improve the patient experience, and are heavily dependent upon technology.

“I do work with the telemedicine center here at U.Va., and we were having projects for stroke victims where, if a stroke victim is in the hospital and they're going home. Then we have built a smartwatch that helps talk to them. It's kind of a cognitive assistant that tries to inform them about different problems that they might be having or reminders for taking medication or reminders for their exercise,” Stankovic said.

To combat inaccessibility and allow a greater number of patients to receive this form of at-home care, Stankovic mentioned that for certain health conditions the U.Va. Health system sends patients home with an iPad to input data and track their health. Now, Stankovic is part of a team building health management tools that can be utilized to combat the coronavirus — applying a variation of their watch technology to determine if patients may be developing COVID-19 symptoms. In addition to a lack of internet access, some populations are also less adept to using technology, which generates additional disparities during the pandemic.

“It's likely that the people that they're targeting [for coronavirus vaccines] as the class 1a and class 1b are elderly, and they have less facility typically with the internet then the younger crowd … it's very problematic,” Stankovic said.

While public health occupies the forefront of the news, these last 12 months have also been characterized by social justice movements, such as the Black Lives Matters protests that followed the death of Geroge Floyd. University computer science professor Derrick Stone noted that these movements are a critical component of the shared human experience, and those without WiFi access may be missing out on these pivotal moments in history.

“This was a moment of consciousness that was not necessarily around because someone had access to Wikipedia — [it was because] that many people saw some truth and finally — it was inescapable,” Stone said. “In [a coastal] town where you can't get free Wi Fi with your latte, you could exist without this consciousness.”

In many ways, Stone stated that the current format of online classes is a microcosm that demonstrates the power of internet access. Although University students this semester are physically distant — only 27 percent of classes with an in-person component — there is a commonality in simultaneously experiencing this digital space.

“You're in your room, but you're having this consciousness, this experience, with all your classmates and your friends,” Stone said. “That is sort of an expanded view of what happens to a community that has the internet and social media — there is an opportunity there for transformation that is beyond just access to facts.”

To ensure broader access to reliable internet, there are a variety of potential routes to further investigate. In order to ensure equitable access, the first step is creating the infrastructure for high-speed internet.

“I think public broadband infrastructure is something a lot of communities are already working on,” Stone said. “If you live in an affluent community, you're going to have broadband like Charlottesville, you can get one gigabit and that's super fast ... but if you're in southwest Virginia or someplace that doesn't have a lot of economic development and reason for there to be high speed internet, then the internet becomes less usable.”

Furthermore, Pianta suggested policy reforms to consider internet access a public utility, akin to government regulation of roads, water, sewage treatment or electricity. In this manner, the government could ensure that the utility is available to all, while providing subsidies similar to current government assistance for energy expenses.

“We've solved this problem for electricity, to some degree, and so we have a mode in our country to be able to do this,” Pianta said. “We just need to apply that model to internet service.”

Following The Cavalier Daily’s interview with Pianta, the Federal Communications Commission authorized subsidies of up to $50 to cover internet bills for low income households.

Long-term solutions may be on the horizon, as the Virginia General Assembly recently allocated millions of dollars to improving broadband access. In the short-term, the University has organized several resources to combat lack of internet access during the pandemic, including a Ting hotspot at IX Park and student aid. To view the locations of public wifi provided through Jefferson-Madison Regional Library and Albemarle County Public Schools, visit the Albemarle County Public WiFi Hotspots. 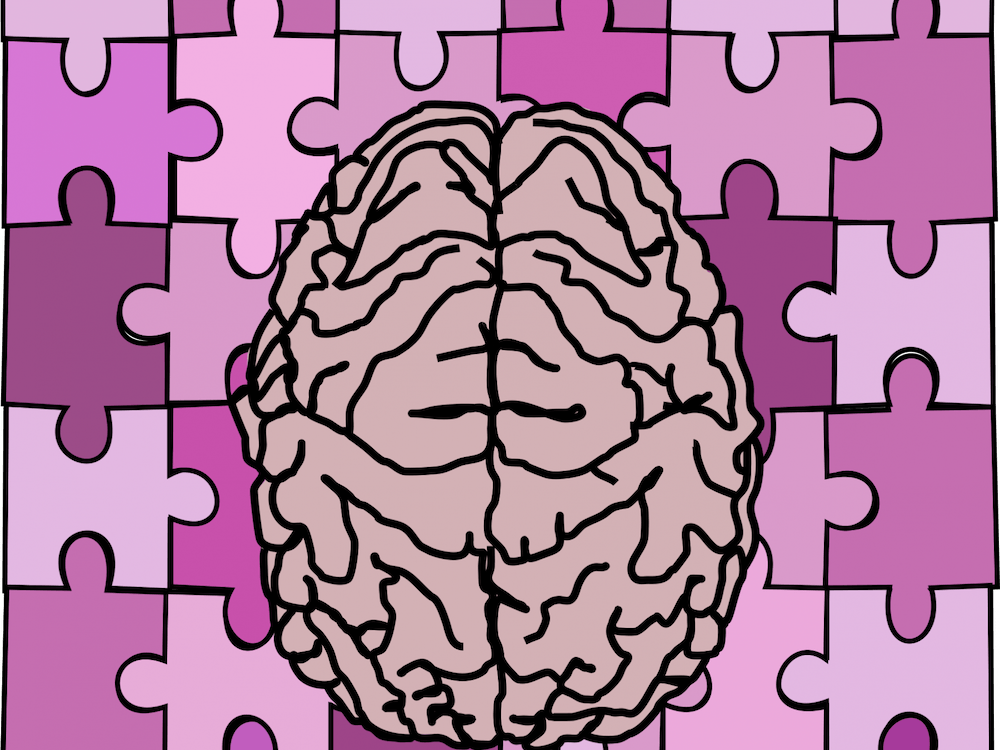 In a study led by Dr. Heather Ferris from the Department of Medicine at the University, investigators found that cholesterol produced by brain cells called astrocytes leads to the accumulation of plaques within the brain. 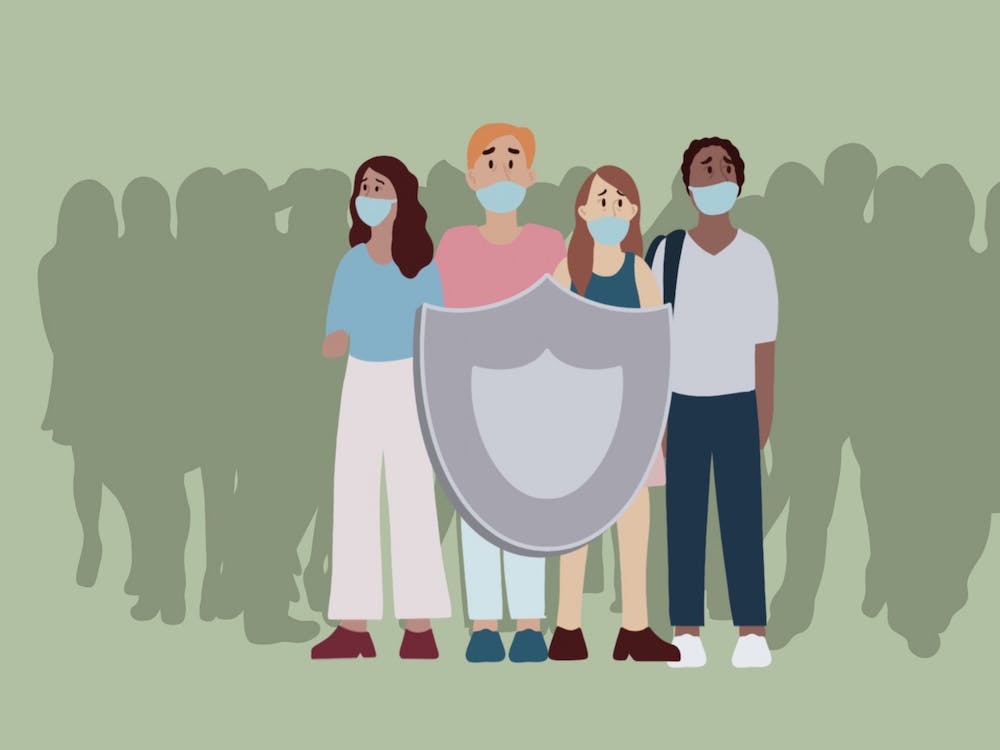 With the return to in-person classes this semester, University students who are immunocompromised share their experiences in coping with the pandemic.