The Architecture School has several fabrication labs that rely on a steady flow of lumber in order to help students become sufficiently skilled in woodworking. In previous years, students have been required to purchase supplies at home stores like Lowe’s or at lumber yards.

During a teaching assistant training, Spears had a conversation with Mark Kutney, an architectural conservator with Facilities Management, about the number of trees that come down through the University’s landscaping process, sometimes dozens per year, and a potential way to utilize them. After learning that these logs are either composted or ground into mulch, Spears quickly contacted the University’s landscape superintendent Rich Hopkins.

“Mark, Rich and myself and many others along the way had these discussions about how we can turn these logs that would otherwise be turned into wood chips into something that would be useful for students,” Spears said.

Spears teamed up with Victorio and received a $2,500 University Sustainability Green Initiative Funding Tomorrow grant to build a solar kiln to dry the wood. The kiln lowered the moisture level of the lumber in order to prevent warping and improve resistance to decay. After constructing the solar kiln, Spears and Victorio were able to secure an additional $1,400 from Facilities Management to start milling the logs. Milling consists of putting them through a large sawing machine in order to produce more manageable, usable pieces of lumber.

When working to implement this project at the University, Spears and Victorio searched for similar projects at other schools. They learned about a program at Fluvanna County High School where students take part in a class and learn carpentry, woodworking and sawmilling using their own saw mill.  Spears, Victorio and Kutney were able to visit and learn about the process behind milling and the equipment they were using.  They have also connected with groups at the University of North Carolina at Chapel Hill, Michigan State University and Penn State University.

“I think it's just important and a really exciting aspect too … building this network of schools throughout the region and all across the country and just kind of making this a larger sustainability network than just here in Virginia or just here at U.Va.,” Victorio said.

There are many trees on Grounds that have a deep history associated with them, and Hopkins considers this project to be an important step in preserving their history. On the Lawn, ash trees have stood since they were planted around the time of the Civil War. However, their existence has become threatened by the emerald ash borer, an invasive beetle that has killed at least 25 million ash trees.

“So many trees, especially ash trees, in that space have to come down unfortunately ... so making sure that they don't go to waste, and we can use them for a number of different projects for students,” Hopkins said. “Somehow that tree that was growing there can continue to live on in the location, and it’s the whole idea of repurposing and reusing that material.”

A complication arose in finding adequate storage space for all of the lumber. However, the group partnered with Morven Farms to resolve this issue. Morven Farms is a 2,913 acre plot of land in southeastern Albemarle County owned by the University, and U.Va. Sawmilling has been able to mill some of its fallen trees and store 1200 bed feet of lumber in its storage areas.

U.Va. Sawmilling hosted a milling day at Morven on March 20 where students could join and help with the milling process. These milled trees can now be used for projects at Morven like the Morven Kitchen Gardens, and a cycle of sustainability has been introduced in their use of wood.

As Architecture students, both Spears and Victorio understand the amount of wood that is used at the Fabrication Lab each semester, and they hope that this project can provide it in a more sustainable way.

With such a large variety of trees on Grounds, students can also benefit from learning to work with non-standard materials. Students who were new to the Fabrication Lab this semester were able to train with poplar wood that U.Va. Sawmilling had milled and dried last fall.

“A lot of the wood that came out of the first batch of dried wood went into being wood that was used by the Architecture School to train students on their machines,” Spears said. “The idea is definitely to attract more students, to talk to more professors about sourcing material that they would otherwise send all their students to go buy at Lowe's or at a lumber yard an hour and a half away.”

The team is currently working to calculate the amount of carbon that they are sequestering by milling the fallen trees instead of putting them through a tub grinder.

“We would love in the future to — and we’re working on it now — have this kind of running count of what we've kept within this cycle of carbon and not losing it back into the environment and working with that number to understand the kind of impact that has,” Victorio said.

Although Spears has already graduated and Victorio will be graduating soon, Kutney and Hopkins have faith that this project will live on in the future as a staple in the School of Architecture’s acquisition of resources.

“Very recently the Architecture School has become very interested, and it has kind of given the project a second life and a lot of momentum all of a sudden,” Kutney said. 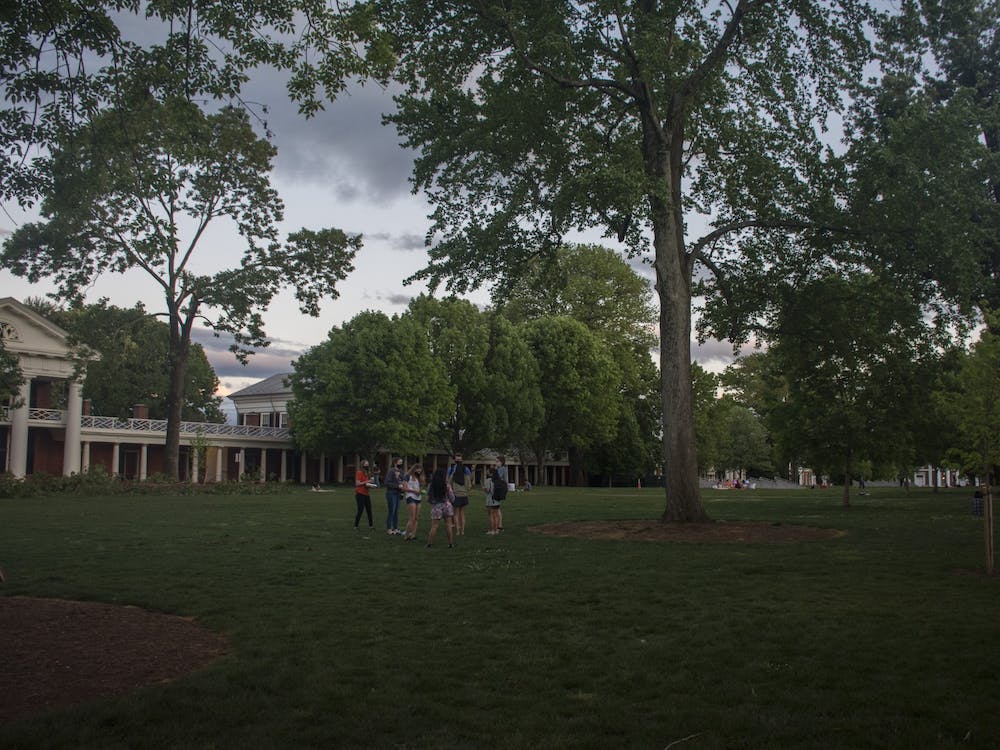