I don’t know if it’s the pandemic or a newfound sense of emotional maturity, but there’s been a serious lack of drama in my life as of late. To fill that gaping void, I’ve found myself perusing the U.Va. Parent Network Facebook page more and more frequently, and let me tell you, it is chock full of good stuff.

Recently, someone’s mother reached out to her fellow parentals — why they don’t just ask their kids, I’ll never know — asking about any graduation traditions. She was met with the classic traditions of carrying balloons and getting absolutely s—tfaced at 6 a.m.

Personally, I think hundreds of students parading hundreds of balloons across the Lawn is a spectacle in and of itself, and drinking alcohol is one of the things University students do best — aside from making everyday things competitive and running naked for long distances. The mom, however, found this unacceptable, repeatedly commenting, “Was really hoping for something more impressive.”

Ever since reading this assessment of U.Va. graduation, I haven’t been eating. I haven’t been sleeping. U.Va. is the sole reason for my unfounded superiority complex, and now someone’s own mother is questioning whether or not we are IMPRESSIVE? The horror.

I’ve been racking my brain for ways to make this graduation the event of the bicentennial that these parents deserve. My first thought was that we should choreograph a flash mob, but let’s be real, it’s 2021 and that’s a little too cheugy even for me. At my fifth grade graduation, we all sang “Step Into the Spotlight.” Although it was a bit off key, it really seemed to get the crowd going, so I’ll leave that on the table. I do think we should update the song for something a little more relevant to our generation. My vote is for “Bodak Yellow” since that’s the song that scores my daydreams about pregames in dorms before catching the bus to frat parties. It would truly be a poignant moment.

Another important tradition at U.Va. is the infamous Honor Code. We could use these gatherings as an opportunity to call out all of those little rascals with a Chegg account by name. Shame them in front of their parents and peers, maybe even throw a few tomatoes. It got medieval peasants hyped, I’m sure it could do the same now.

The Parent Network was also quite appalled by the fact that students would be walking a mile from the Lawn to Scott Stadium. They forget, however, that our fearless leader University President Jim Ryan is a track star, and for him that’s a 4 minute warm up. To make the occasion truly memorable, Ryan should lead our pack, running in an iconic “Run with Jim” T-shirt. He could even get a T-shirt gun and have Cav Man shoot them into the crowd upon our arrival. That would be sick.

Also, if we’re going to be there anyways, we might as well give the Lawn one last farewell streak. My pale white behind will reflect the afternoon sun to the sky as I reflect on the memories I made over the last four years at good old Virginia.

For the grand finale, we should bring out the Commonwealth Cup that we won back in 2019 after beating those darned Hokies. We can all join in for a chorus of the “Good Ol’ Song” — the explicit version — one last time.

For real though, for a class bookended by the Unite the Right rally and a global pandemic, I think the fact that we got here is impressive enough. Congrats 2021 — go drink a borg and try not to let go of your balloon! 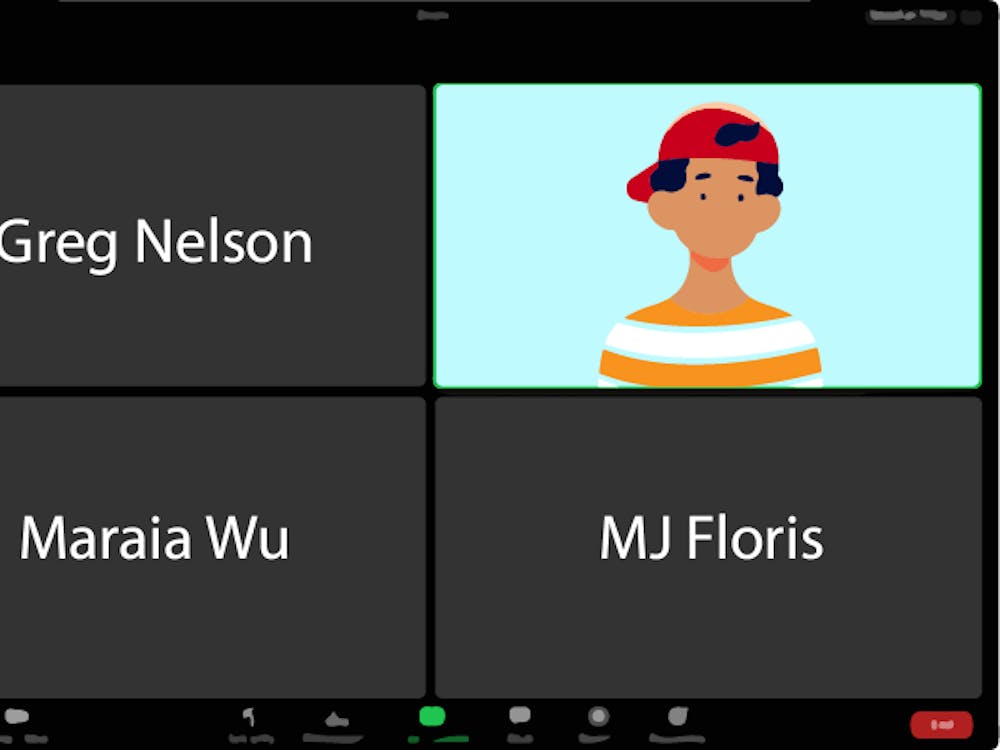 An Interview with Three Real Students

The student body in the last few months has unfairly thrown all their frustrations at our hard-working admin, who have made the curve flatter than a rum and coke at Bilt.