Throughout his screenwriting career, Dustin Lance Black has been lauded as a prolific biographer who meaningfully immortalizes the legacy of impactful figures in his films. Most famously, he painted a very timely portrait of trailblazing gay politician Harvey Milk in his Oscar-winning script for the 2008 film “Milk.” In his 2019 memoir “Mama’s Boy: A Story of Our Americas,” Black takes on the most personal biographical subject of his career — his mother, Anne Bisch.

The piece memorializes his mother as a figure of perseverance, while also presenting a narrative of change and acceptance. Black’s close relationship with his mother is challenged by her commitment to the Mormon faith. This rift is eventually superseded by their mutual love and empathy for one another. A documentary adaptation of the book, directed by Laurent Bouzereau, was released on HBO Oct. 25.

Using Black’s words, Bouzereau adds new dimensions to the story for the screen, layering a biography of Bisch with a biography of Black himself to present an intimate portrait of a family’s journey to understand themselves and each other. Black was involved in the film as a subject, but explained that he wanted it to be produced separately from himself.

“I didn't feel like I would ever be objective enough to write a movie about my life,” Black said during a panel. “So what I needed then was someone I could trust to take the book away from me and make a film.”

As a tribute to Black, the Virginia Film Festival hosted a screening of the documentary at Culbreth Theatre Sunday. The presentation began with remarks from Glenn Williamson, movie producer and member of the VAFF board, who presented the screenwriter with the Changemaker Award.

Black began his career as a screenwriter uplifting the histories of the LGBTQ+ community, and became a major figure in the fight for marriage equality after being inspired by his Oscar win. This award honored Lance’s commitment to inspiring political action and empowering LGBTQ+ communites, both on and offscreen.

As Black accepted the award, he spoke about the special connection he shares with Virginia on both a political and personal level. It is also the state that his mother and brother called home.

“I’m a mama's boy with a mom that [lived] here in Virginia,” Black said. “So this place has my heart.”

Following the screening, Black joined a conversation with NPR reporter and Class of 2004 alumnus Bilal Quereshi to discuss issues raised by the film and answer questions from the audience.

Through a series of family photos, documents and home videos, the film visualizes the progression of Bisch and Black as individuals and as a family across decades. In the film itself, images of Black’s family life are pushed forward by the narrative he provides in his to-camera interviews. He recounts intimate family memories and moments of personal revelation. Black’s natural grasp on the power of storytelling — and his passionate on-screen presence — is able to shine through in these segments.

In one particularly moving scene, Black and his brother return to a river near their childhood home, where the two used to play and hide away from their abusive stepfather. These moments of visual confrontation with the past add incredible layers to Black’s stories.

In exploring these personal topics, the story also unveils a profound political message of connection across differences and meaningful conversation as a path forward for change.

Black recalled learning that his late older brother was also gay, but was unable to fully embrace his identity in his rural Virginia atmosphere in the same way Black was able to in his California community, remarking that it felt they were living in “two different Americas.”

Another emotional scene documented how Black and Bisch were able to reconcile after Bisch’s initial reluctance to accept his sexuality created a rift in their relationship. On the day of Black’s graduation from UCLA, Bisch showed up unannounced to his party, gained a better understanding of Black’s community and even put a good word in with his crush.

At the end of the discussion, Black tearfully explained how his mother’s influence keeps pushing him towards pursuing a better world, even as the future seems bleak.

“I am my mother’s son,” Black said. “You know, for better or for worse, if I see something happening, and it's really hurting people, and I know I have a solution or a way we could go, I was just raised to get in there.”

Together, these pieces aim to override the predominant narratives in media, challenging traditional standards and connecting the past to the present.

The Virginia Film Festival held a screening this Saturday for “Women Talking” at The Paramount Theater ahead of its December release. 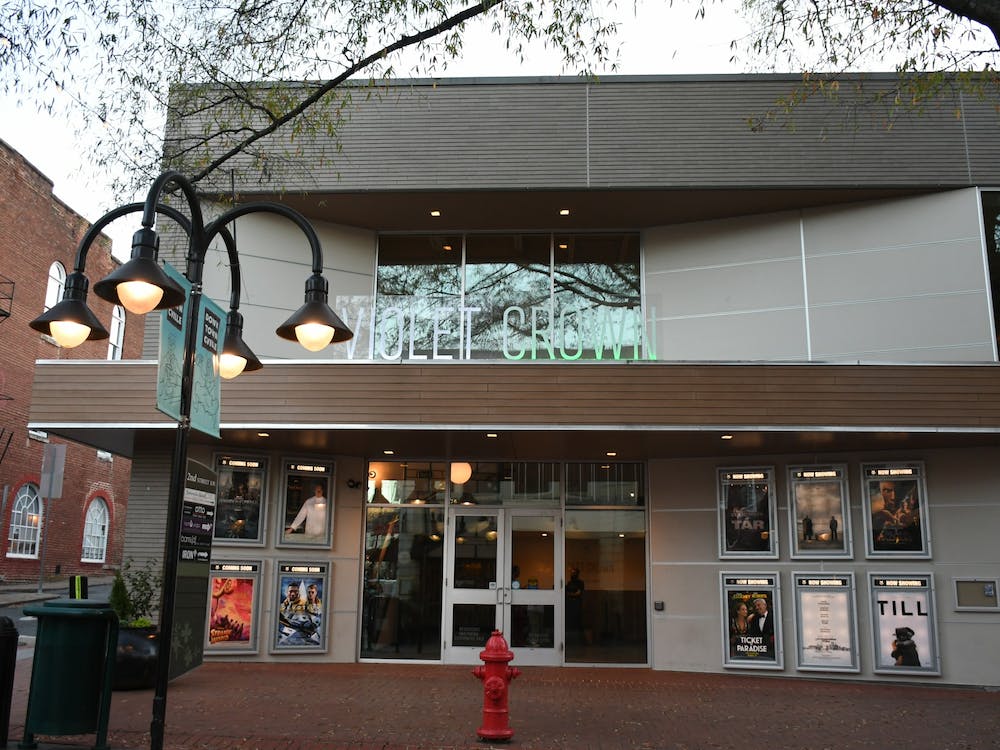 “The Hole in the Fence” has a lot to say about modern Mexican society, but del Paso’s lack of focus and clumsy execution adds so many excessive plot points and underdeveloped messages that he undermines his central message criticizing Mexico’s socioeconomic inequality and prejudice.