The Student Council, Honor Committee and University Board of Elections have proposed changes to their constitutions this year.

Student Council has proposed four referenda — the incorporation of gender-neutral pronouns, the implementation of the presidential veto, the clarifications of term commencement and school enrollment of elected representatives.

In addition to Student Council’s referenda, the Honor Committee and the UBE have issued referenda that will change their constitution or operation. The Honor Committee has integrated gender-neutral pronouns in their constitution. The UBE has proposed a change in their member selection and appointment process that will allow more students to get involved with the board.

Among the organizations’ alterations is the integration of gender-neutral pronouns. For Student Council, this includes changing the pronouns “his/her” in the constitution to “their.” Although it is a more subtle change to the constitution, members say it will create a more inclusive atmosphere accepting of all types of leaders.

“Gender-neutral language is something that we’re kind of taking the lead on,” said Sarah Kenny, a fourth-year College student and Student Council President. “In the socio-political moment, it’s the right thing to do, and Honor and UJC have done it as well.”

The Honor Committee also believes that the implementation of gender-neutral pronouns into their constitution will make the organization more comprehensive.

Devin Rossin, a fourth-year College student and Honor Committee Chair, said that this referendum demonstrates to the student body that the Honor Committee is an ally to all students and is in step with the rest of the University to improve inclusivity.

“The referendum is an amendment to our constitution proposing gender-inclusive language,” Rossin said. “It would replace all instances of ‘he’ or ‘him’ with the singular ‘they,’ trying to make everything as gender-inclusive as possible.”

The student body approved a similar amendment to the University Judiciary Committee’s constitution last spring by replacing instances of the words “his,” “he” or “chairman” with “his or her,” “he or she” or “chair.”

The new power of the president

A significant change to the constitution will be the incorporation of the presidential veto.

“[This referendum] gives the president of student council veto power over the representative student body,” Kenny said. “So right now the president does not have any sort of say over the legislation that guides the presidential branch that that officer oversees. And so this is mirroring how our checks and balances system works on the federal level, but it creates a sense of connection between the executive and the representative branch of the government.”

The impact of this veto will mostly remain internal within the Student Council. Liam Wolf, a fourth-year Engineering student and chief of cabinet, said the veto will strengthen the Student Council’s system of checks and balances by imposing that check in the executive branch to a vote of the representative body. The veto may also be overridden by a two-thirds majority vote of the Representative Body, which has 25 members. Previously, there was no such system.

Some Student Council members believe that the veto will make both bodies more accountable to their decisions and opinions, and that it will also greatly increase the efficiency of voting and governing within the Student Council.

This year’s candidates for Student Council president have also expressed their opinions on the proposed veto power.

“I think it makes sense and I think it would actually allow for more collaboration and more competition between reps and the president because at that point you're in the dealmaking process,” said Alex Cintron, a third-year College student, Student Council’s current vice president for administration, and a candidate for Student Council president. “You have to get to a table and talk about the issues and see what is acceptable and what isn't acceptable. And your representatives could successfully and officially serve as the check to the executive and honestly, this organization needs checks and balances.”

However, not all candidates think that the presidential veto will spark positive change. Their hesitation to support this referendum stems from reluctance to give the president too much power over the rest of Student Council.

“I completely disagree with the veto,” said Eddie Lin, a third-year College student, a Student Council representative, and candidate for Student Council president. “I think the Executive Board does not need any more power over the representative body. And I think in the past executive power has tried to dominate the Representative Body in ways that in my opinion that are just not necessary. So I think there's no reason to just grant another.”

Among the expressed opinions was that the president should be equipped with the communication skills necessary to lead efficiently without the veto power.

“Right now, I still do not have a clear answer of what I’ll vote for in this referendum,” said Jalon Daniels, a first-year College student and candidate for Student Council president. “I think the president should be mature and knowledgeable enough to approach and communicate with the members of the Representative Body … I don’t think the Student Council president should have the authority to override representative legislation.”

A change for the University Board of Elections

In addition to Student Council, the UBE has issued a referendum altering their selection and appointment process, while also adding gender-neutral language to their constitution.

UBE board members are selected by the UBE Selection Committee through an annual application process that is open to all University students, and this practice is set to continue. The proposed amendment would limit the UBE Selection Committee to appointing only the chair and vice chair of the UBE rather than the entire board. The UBE selection committee is composed of the outgoing Student Council President, Honor Committee Chair, UJC Chair, Fourth Year Trustees President and the UBE Chair.

The outgoing UBE administration would acquire the power to determine the number, title and scope of the incoming chair and vice chair positions and would provide this information to the Selection Committee before the appointment process began. After appointment, the UBE chair and vice chair would have the ability to appoint other members to the board at their sole discretion.

Casey Schmidt, a fourth-year College student and chair of UBE, said the proposed amendment primarily seeks to address the issue of membership appointment by giving the incoming chair and vice chair of the board greater power to choose who sits on their committee.

“I think that one thing the UBE has struggled with in the past sometimes is getting enough people recruited in the first go-round in spring,” Schmidt said. “What this ideally would do is allow a bit more autonomy to have the chair and vice chair have their own recruitment process after they’re in office and bring in people that they really want to have on their board ... and incorporate them in more smoothly.”

Schmidt said that piecing together the UBE throughout the year has been a long-term problem, and he hopes that the amendment will create a better process for incorporating new members.

“This is something that, as long as I’ve been on the board, I’ve seen unfold in terms of some of the difficulties recruiting and getting new people in place,” Schmidt said. “I wanted to leave a little bit more of a sustainable method for recruiting and appointing new members to future UBEs.”

Similar to Student Council, Schmidt says this referendum will make the operation of the UBE much more efficient. Member recruitment will be more intentional and productive, which will allow the UBE to better serve the University community.

“The primary idea behind that one is actually more geared toward the member appointment stuff, but we did see the opportunity there to incorporate some gender-inclusive language,” Schmidt said.

“I think that [the Presidential veto] is a good measure in keeping with many similar constitutions or innovations that the Student Council governance structure is modeled after,” Wolf said. “We saw it as an opportunity to make the change and improve our efficiency internally.”

Unlike Student Council, the UBE is a fairly young organization on Grounds, not fully established until 2003. The UBE has struggled to attract applicants to serve as members on the board in the past as many students and University members are not adequately informed about its purpose or operation.

Schmidt said that his previous experience on the board helped him realize the changes that need to be made. He hopes the referenda will bring more awareness to the UBE around Grounds.

“I am excited to have a UBE referendum on the ballot this year,” Schmidt said. “Having a ballot initiative with our name on it will allow the general student body to see what it is that we are … and shed a little light on what we do.” 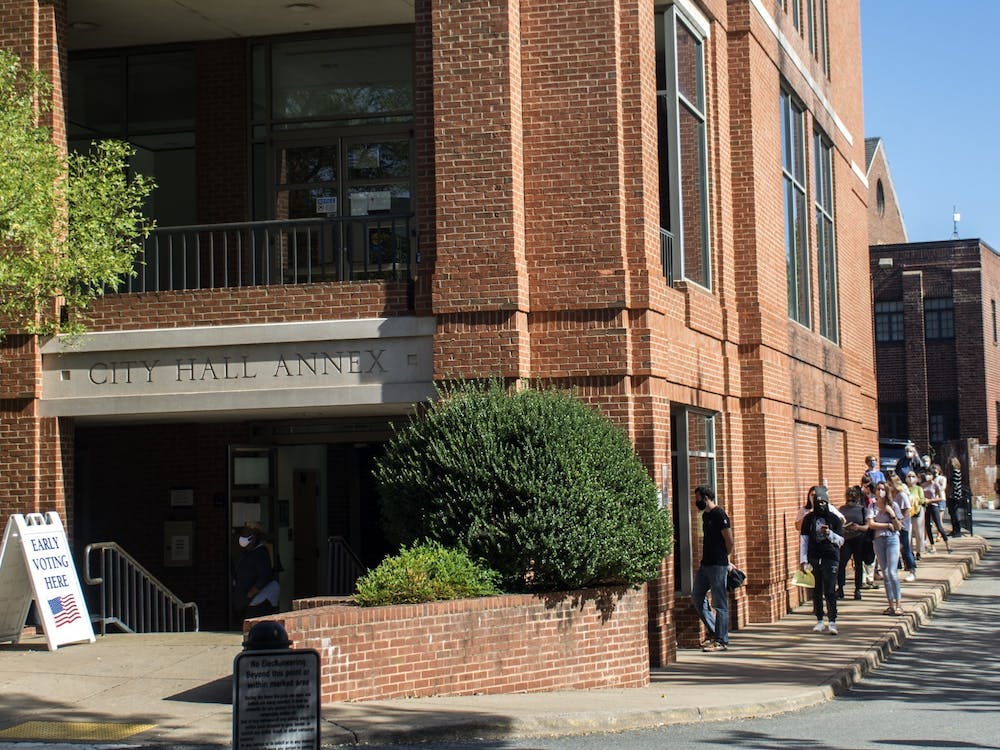 YDSA also demands that the University mandate biweekly prevalence testing for all students, regardless of vaccination status, in response to frustration with the lack of testing slots available. 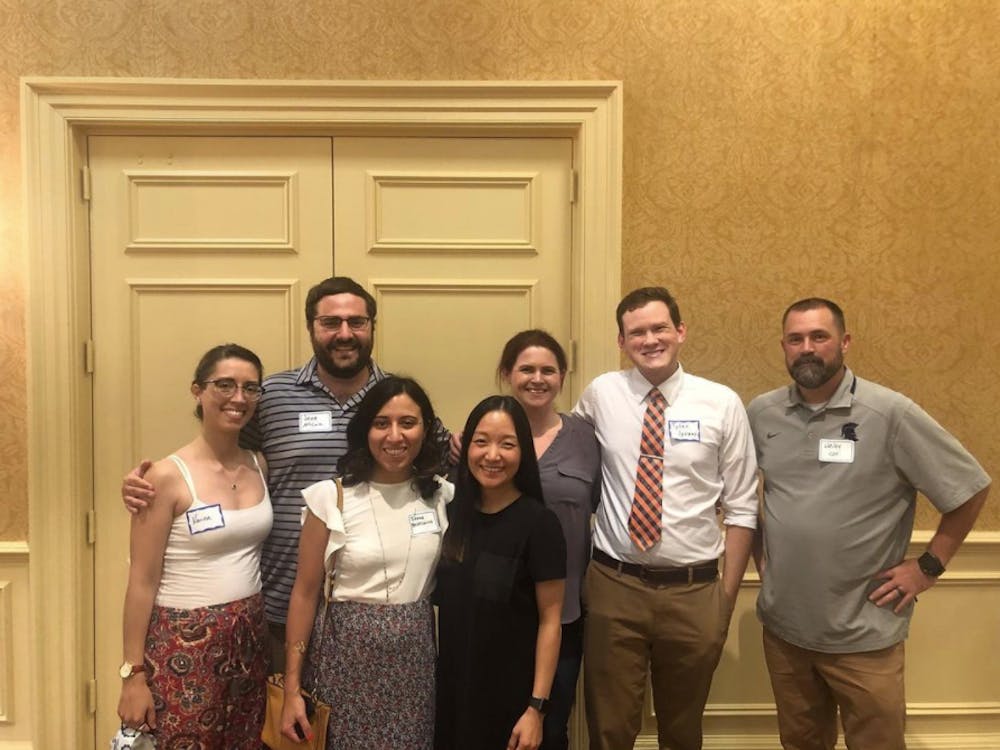