EDITORIAL: You deserve a voice in this election

With countless instances of voter suppression this election, fight to make sure your vote was counted

With the results of the election unknown as of Tuesday night, it is likely that election-related litigation could decide the legitimacy of millions of ballots. Both Republicans and Democrats have already made it clear that they are lawyered up — and this is already one of the most litigated elections in U.S. history. Therefore, it is absolutely vital that voters throughout the country fight to make sure their vote is counted and that their voice is heard in this historic election.

President Donald Trump’s claim that mail-in ballots could be “manipulated” should scare you. Don’t worry — your ballot was likely not manipulated. Instead, the Trump administration’s rhetoric and fear-mongering about voter fraud has created a distrust in our voting system. Trump even tweeted misleading information early Wednesday morning about voting rights after polls close — claiming that Democrats are trying to “STEAL the Election.” In an election as monumental as this one, the voter fraud conspiracy is dangerous and borderline dictatorial.

Voter fraud is not the issue that the Trump administration wants you to believe it is. In fact, incident rates for voter fraud are extremely low, between 0.0003 percent and 0.0025 percent, according to the Brennan Center for Justice at New York University. However, because Trump has pushed these ideas for months, many of his supporters see this as a legitimate issue. For this reason, we’ve seen efforts in numerous states to strip thousands of their right to vote, largely based on false narratives.

As such, we could see a wave of lawsuits challenging absentee and mail-in votes. Hundreds of lawsuits have already been filed and we very well could see more in the coming days.

For the members of our Editorial Board, this is the first presidential election in which we were eligible to vote. For us as young voters — and for future voters everywhere — how are we expected to have faith in a democracy where the legitimacy of our ballots is questioned? We shouldn’t have to be nervous that our absentee ballots won’t be counted. We shouldn’t feel the need to vote in person during a pandemic because we’re unsure our vote will be counted otherwise. We deserve to know that our ballots count and that our voices matter in this election and every election.

Right now, it is reasonable that we’re all anxious — this is a historic moment for our country. Even though get-out-the-vote campaigns have been monumentally successful and access to voting has expanded immensely through early and mail-in voting, so many of us still have anxieties about the legitimacy of our votes. Political initiatives aimed at stripping Americans of their fundamental right to vote have only increased. When we cannot expect our government to support voting in its expanded capacity, we must begin to make sure the courts and our representatives understand one of our most basic rights — we have the right to vote and that vote should count.

Voter suppression has been a clear and critical issue in this election. One Republican lawyer even wrote that “the Trump campaign and Republican entities engaged in more than 40 voting and ballot court cases around the country this year. In exactly none — zero — are they trying to make it easier for citizens to vote. In many, they are seeking to erect barriers.” This is unacceptable — it is time to fight to ensure this suppression does not continue.

During the heavily contested Bush-Gore election in 2000, the Brooks Brothers Riot served as an abhorrent halt to a necessary democratic process, but it also showed us the power that the public voice can have in influencing political outcomes. Just as the Brooks Brothers Riot stopped the manual recount of votes in some counties in Florida during the 2000 election, protests in the aftermath of our current election must push for votes to be counted. This decision may not rest solely with judges or political operatives — public calls for vote recounts can make a huge difference.

Scream from the steps of the courts deciding if your vote counts — you have a right to have your voice heard. Even if you know your vote was counted, you should still be outraged — the thousands of ballots that could be thrown out disproportionately represent voters of color. It is essential to let our courts and administration know that we need every vote to be counted. Our voices are the most impactful as a collective — speak up.

Even in races where the election is not a close call, the American electorate deserves the reassurance that our votes will always be counted. We are ashamed to live in a country where the incumbent president is misleading the public so that the votes of marginalized people will not be counted. We are worried that a country with such an intense and violent history of suppressing the votes and voices of people of color is attempting to continue this disgusting tradition. This clearly isn’t right.

Your vote and your voice deserve to make a difference. Shout it from the rooftops until you know it was heard.

If U.Va. ever wants to attain a healthy culture of intellectual growth, we must learn to tolerate each other, and stop these outrageous claims that those with valid political disagreements don't tolerate us. 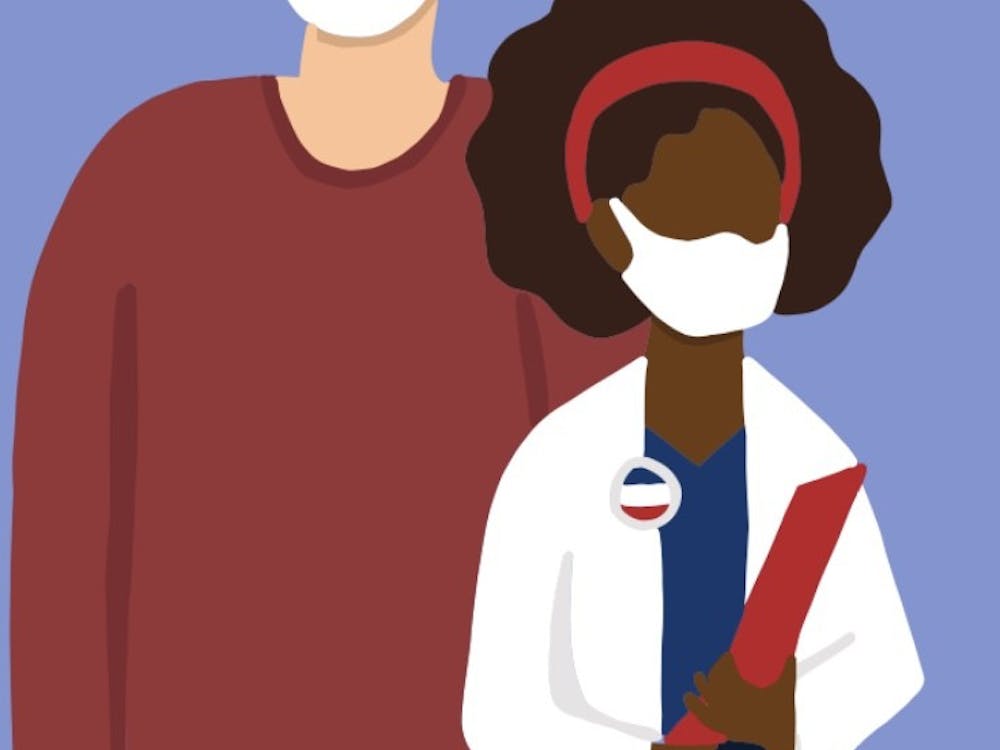 A day in the life of an election officer

4:15 a.m. is not the ideal wakeup time for a college student, especially when you’ve barely received four hours of sleep.