Over the course of his several decades in big budget filmmaking, director Michael Bay earned a reputation for himself as a creator of crass corporate products. It would certainly be hard to claim the man behind “Armageddon,” “Bad Boys” and the “Transformers” franchise as a maverick of independent cinema. Still, there has long been a distinct lunacy and expressive visual style to Bay’s films which mark them as the work of a true auteur, whether one adores or detests his wild visions.

In today’s blockbuster landscape, where the biggest movie franchises in the world come off as deathly allergic to any degree of creative risk, the audaciousness of Bay’s films can be genuinely refreshing. This seemingly applies even to those who previously found his hypercaffeinated visions more exhausting than exhilarating, with “Ambulance,” his newest action film, getting the best reviews one of his films has garnered in more than a decade.

Regardless of the context, however, an action film as spectacular as “Ambulance” would be impressive in any cultural climate.

Narratively, the movie is a model of simplicity. Will Sharp, portrayed by Yahya Abdul-Mateen II, is a war veteran with a cancer-stricken wife, struggling to make sense of the fact he risked his life for a country which will not even cover the cost of his spouse’s life saving surgery. Caught between a rock and a hard place, Will turns to his adoptive brother, Danny, played by Jake Gyllenhaal, a career criminal with whom he has long had a strained relationship.

Will is looking for a hefty loan, but he finds himself pulled into something much bigger — a $32 million bank heist Danny is conducting with his criminal crew. Naturally, things go awry, and the brothers find themselves fleeing the crime scene in an ambulance, having taken both an EMT and a wounded cop hostage. With the police in hot pursuit, the chase is on, as the brothers try to mount an improbable escape.

There is not much more to the plot, which essentially unfolds as a feature length chase scene once the titular ambulance is hijacked. Bay never takes his foot off of the gas, throwing action beat after action beat at the audience and never once stopping to catch his breath. There could easily be a version of this film which is tiring and monotonous — thankfully, “Ambulance” is not it.

The film is thrilling from beginning to end, with the director pumping as much kinetic energy and visual chutzpah into the proceedings as possible. The entire movie is a whirlwind of sensational images, shots and moments, the director sacrificing conventional notions of spatial orientation for a dizzying array of shock and awe.

Bay also makes terrific use of vertiginous drone shots, which capture landscapes and shots of the action from dizzying heights and striking vantage points. This kind of unorthodox visual thinking is what keeps “Ambulance” fresh. A lesser filmmaker likely would have succumbed to the repetition and lack of dramatic variation inherent in the premise, but Bay’s film never devolves into noisy tedium.

There is also a genuinely moving emotional core at the center of “Ambulance” which one might not expect from this particular director. The movie revolves around the tense and frosty relationship between the central two adoptive siblings, bound together by brotherly love and kept at an emotional distance from each other by their drastically different moral compasses.

As this relationship, and the film itself, hits its tragic conclusion, there is a shocking dramatic weight the viewer might not necessarily expect from a film which is, in essence, an extended car chase. This emotional kick is just one of the film’s many superlative qualities — regardless of what the rest of 2022 has in store, this is certain to be one of the best, and most exhilarating, films of the year.

By Cameron Hipps | 2 days ago

Beginning on April 17, five students displayed collections of photographs as a part of a student workshop for the Frederic Brenner Residency at the University.

By Charles Burns | 6 days ago

Regardless of its shortcomings, though, “The Northman” is a film made with enough skill and filled with enough memorable sights and sounds to warrant a recommendation. 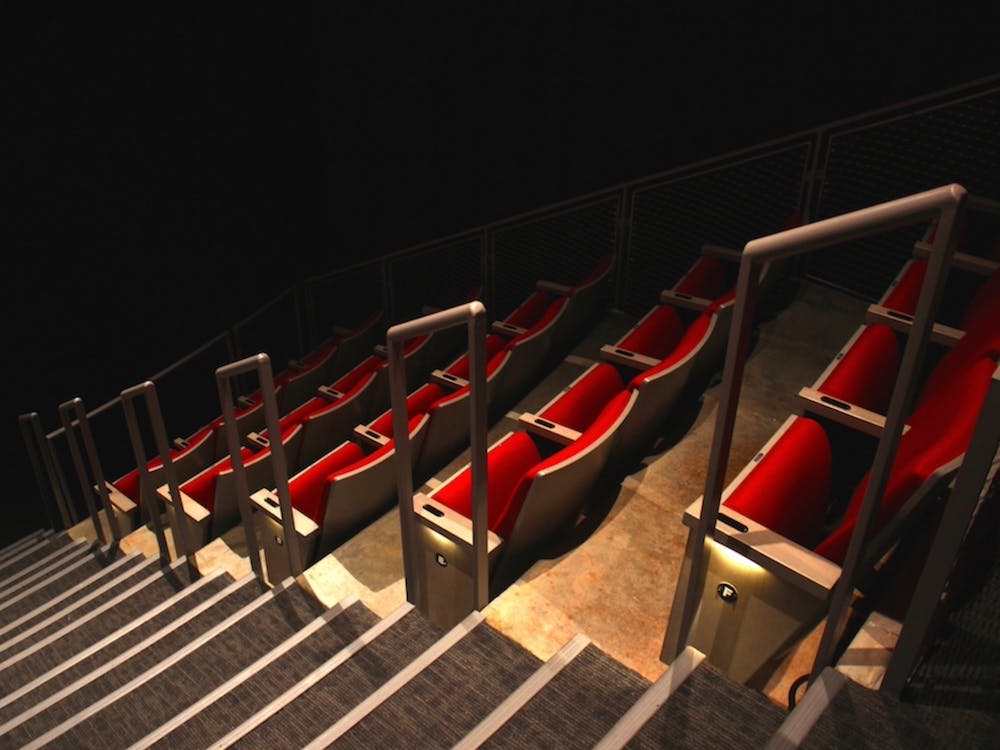 Students write, shoot, and edit their films over the course of the year, and share their work at the annual Overcranked premiere — this year, eleven short films were screened.