Researchers at U.Va. Children’s Hospital will utilize the funding to study how to personalize Crohn’s disease treatment plans

The National Institutes of Health has awarded a $3.6 million grant to researchers at U.Va. Children’s Hospital to develop more precise and effective treatment for Crohn’s disease over the next five years. Crohn’s disease is an inflammatory bowel disease with life-altering implications for young patients.

The grant is currently supporting an effort at the University in collaboration with medical researchers at Emory University and the Georgia Institute of Technology. Crohn’s disease patients, recruited at Emory and the University, will help Syed’s team identify the underlying factors which differentiate the severity of disease.

The symptoms of Crohn’s range drastically in severity and patients respond to medications differently, but physicians all utilize a similar assortment of medications across the board. The research provided by this grant will enable a greater understanding of why the disease differs so greatly from person to person, and with that, more personalized care will follow.

The onset of Crohn’s disease primarily occurs in two age ranges — either in the teens through twenties or in adults in their fifties through seventies. It often manifests in various abdominal symptoms, including persistent diarrhea, sensations of incomplete bowel evacuation and unrelenting, localized pain. These physical effects, in addition to a number of other mind and body issues, often present a daily challenge to normal life.

Second-year College student LJ DaCosta was recently diagnosed with Crohn’s disease, and said it has had a wide-reaching impact on his life.

“I live with a constant cramped feeling in my left abdomen and desperately need to use the bathroom at times,” DaCosta said. “Since being diagnosed, I went from 187 pounds to 156 pounds, and while I’ve been able to recover about 10 pounds, it definitely stresses me out every day.”

Led by pediatric gastroenterologist Sana Syed,  the research team at U.Va. Children’s Hospital will study the biochemical markers of Crohn’s disease concurrent with steadily rising incidence rates worldwide. The increase in cases corresponds to a greater need for efficacy in the medical treatment process.

“There’s a lot of incentive to come up with the right medications,” Syed said. “Because imagine an inefficiently treated patient gets multiple bowel surgeries across the health system, consider its cost to the individual, cost to the system.”

For physicians like Stephen Borowitz,  pediatric gastroenterologist at U.Va. Children’s Hospital and Crohn’s disease specialist, it is important to understand the range of experiences for those diagnosed with Crohn’s disease. Borowitz has treated many children for years after their diagnosis, some of whom live relatively normal lives while others do not.

“The question is — what’s different about those pieces of intestine that drive the inflammatory process,” Borowitz said. “Why do some people have inflammation only in the last part of the small intestine or only in their colon and nowhere else?”

The grant funding will be devoted to answering two central questions regarding treatment paths for different individuals with Crohn’s disease.

To begin most treatments, physicians prescribe anti-TNF medications, which inhibit TNFa proteins that promote inflammation in the small intestine. However, physicians do not know whether the patient will respond to this medication — 15 percent do not respond at all and only some of the remaining 85 percent respond well enough to continue treatment.

Syed and Borowitz also both noted that it is difficult for physicians to determine whether surgery will be necessary, which is often one of the biggest questions from parents and patients. Developing the capability to answer these questions early will serve to streamline the treatment process.

“You’d like more targeted therapy and to say that based on where your inflammation is, and other types of markers, we think this particular medicine would be the best treatment for you with the least risk,” said Borowitz. “So being more specific earlier and doing less of the shotgun approach.”

The benefits of identifying the specificities of each diagnosis of Crohn’s can have immediate clinical implications, essentially reducing the uncertainty associated with future treatment plans.

“The goal is, they come into clinic, their child gets diagnosed and you tell that parent that their child is in the 15 percent of non-responders, so we are going to skip the three anti-TNF drugs we have,” Syed said. “Then, we are going to say the likelihood of you needing surgery is sooner rather than later, or the chances of you needing surgery for any complication is very, very low.”

The collaborators at Emory, Georgia Tech and the University will analyze a plethora of data to determine which clinical factors make certain medications more effective than others. Syed emphasized the power of big data and provided an analogy for the impact it can make if applied to Crohn’s disease successfully.

“Big data can predict where you are going to be eating next or what kind of T-shirt you will buy, and that is really elementary data,” Syed said. “We’re leveraging existing, large data sets about Crohn’s disease to see if there are patterns that fit the standard anti-TNF response versus surgery versus not.”

The concept of personalized medicine is not new. If methods to determine the best available treatments are accessible at the time of diagnosis, the patient would be exposed to less toxic, ineffective medications, the healthcare system would function more efficiently and physicians could expect better outcomes.

“When you’re dealing with an incurable illness, you learn not to expect much,” DaCosta said. “But a greater degree of certainty would have been extremely comforting from the beginning.”

By Togen Floch | 6 days ago

These usually rare heat waves, which are primarily a result of global warming, have drastically become more common in major cities, including Norfolk and Richmond, across the United States. 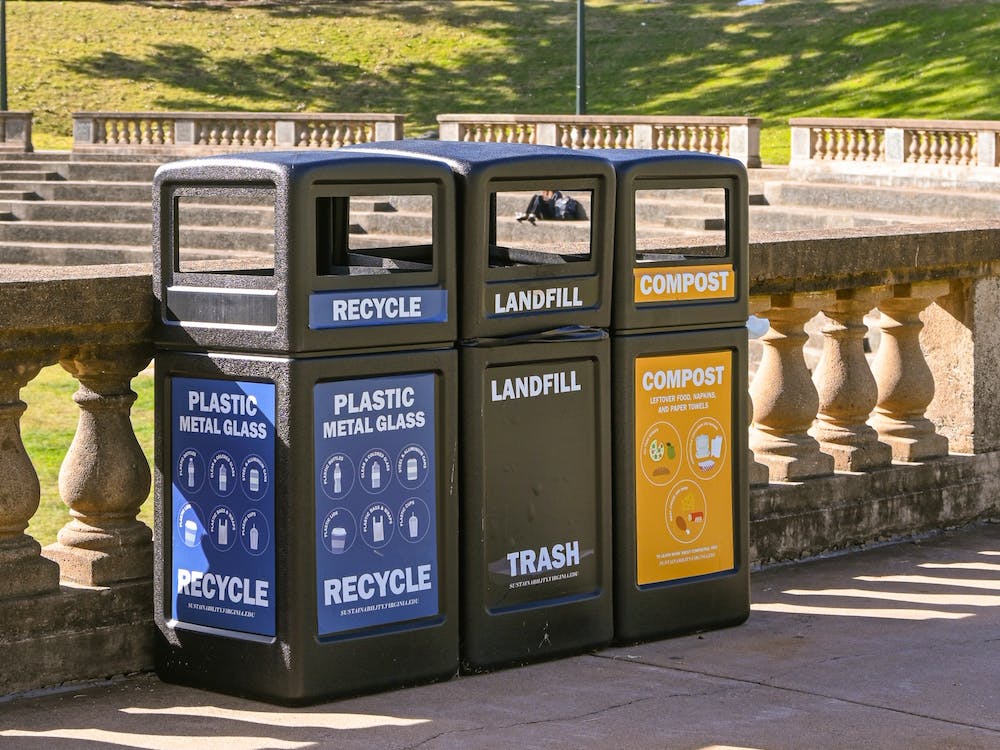