Overcoming my fear of rejection 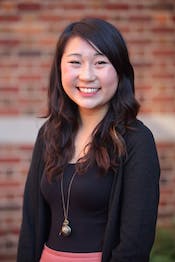 I can say confidently that I am a rejectophobe. Yesterday I found myself caught in a crowd of incoming first-years at orientation. Instantly, I was brought back to my own orientation not too long ago — two days of incredible self-consciousness and insecurity. My senses tingled with everything about me people might reject. I am shy. I am not from Northern Virginia. I am too tall for an Asian girl. I am wearing the wrong shirt. Everyone else is wearing white Adidas sneakers. I don’t have white Adidas sneakers!

This onslaught of self-awareness made me sick to my stomach with fear of talking to people or even just saying hi. Throughout the whole year, though I did end up saying hi to people, this fear of rejection was always at the back of my mind. I feared talking to professors during office hours because I thought they would think my questions were stupid. I feared asking people to go to the dining hall with me because I thought they would think I was needy.

The thing about the fear of rejection is that it’s more than just an emotion — it’s a real obstacle in your path. I was recounting to a friend the other day about what I was like in elementary school. The girl I was then was much different than who I am now. Third-grade Aly was loud. She was outgoing. She auditioned for plays and was the lead role on numerous occasions. She ran for student body president. She sang in front of large audiences. She went above and beyond in school projects because she enjoyed it. Second-year college student Aly is reserved. She would rather eat cockroaches than play a lead role in a theater production. The thought of singing in front of a large audience makes her shiver. She sometimes scales back her creativity for fear of people thinking she’s too “extra” or because she thinks someone else will have a better idea. Though I was laughing with my friend about how “crazy” I used to be, a part of me was really sad. This fear of rejection has changed me from a girl with big dreams, big ideas and self-confidence to a girl who wants to make sure her dreams fit into the expectations of the culture and people around her.

Over the summer, I’ve stumbled upon a book by Jia Jiang entitled “Rejection Proof: How I Beat Fear and Became Invincible Through 100 Days of Rejection.” I immediately snatched it up. In his book, Jiang expresses his own fear of rejection and how it stopped his dream of becoming an entrepreneur. He became so disgusted with his fear that he forced himself on a “100 Days of Rejection” journey. Each day, he asked ridiculous requests from strangers that would warrant a rejection.

Over the 100 days, Jiang asked a stranger for $100, asked a flight attendant if he could make the overhead announcement and knocked on a random person’s door and asked to play soccer in their backyard. I’ve only just started the book, but already, his tenacity at tackling his fear is inspiring to say the least. One point he makes is ultimately, there is nothing to fear. He compares rejection to “The Wizard of Oz.” This menacing, green, bald monster with a booming voice struck intense terror in Dorothy and her compatriots. Then, little dog Toto pulled back a curtain to reveal a stumpy, old guy operating a video projection.

Rejection is like the Wizard — he only seems menacing, desiring to strike fear in our hearts for no valid reason. If we pull back the curtain, though, rejection is just the old guy pretending to be something he’s not. The more Jiang continued his journey, the more he saw that although he got rejected numerous times, no rejection had any power to truly hurt him. As trite as it sounds, the only thing rejection really hurts is ourselves and our dreams.

Since starting Jiang’s book, I’ve decided it’s time to tackle my own rejectophobia. Perhaps I’ll start with asking a Starbucks barista to make me a secret menu drink — which I’ve always been too scared to do. Either way, I’m hoping this summer can be the start of my own lifetime journey of facing rejection. Deep down, I know that little girl who wrote her own song and sang a cappella in front of the whole elementary school is still there. If I can tackle my fear of rejection, who knows? Perhaps I can then start tackling my automatonophobia — fear of mannequins.