ANDERSON: Five takeaways from Virginia sports for the week of Feb. 15

It was an up-and-down week for Virginia Athletics

Virginia fans experienced a plethora of emotions throughout the course of this week while watching their beloved Cavaliers, as there were both extreme highs and lows. To start with the good news, women’s swim and dive won the ACC Championship for the third time in four years. In addition, the women’s lacrosse team started off its season with two wins, and the men’s lacrosse team stayed undefeated as well. Women’s golf finished third in its invitational, and baseball opened its season with a 2-1 series against Connecticut. Unfortunately, not every team was this great. Men’s basketball suffered two painful losses, and softball kicked off the season going just 1-2 in a round-robin in Durham, N.C. Let’s take a look at five takeaways from the week of Feb. 15.

Florida State was able to make Virginia play to its strengths

Much of Virginia basketball’s success under Coach Tony Bennett has come from creating a game flow that fits the Cavaliers’ slow, deliberate pace of play. Even in 2019, the NCAA National Championship year with a potent offense, Virginia was last in all of Division I in tempo. In many ways, Coach Leonard Hamiton’s Florida State squads are the antithesis of this Virginia pace. Florida State loves to use their athleticism and length to gain fast break opportunities, and that is exactly what happened in Monday’s 81-60 shellacking of the Cavaliers. For Virginia fans, it felt like the game was over at halftime when Florida State took a 20-point lead. Although Virginia made a run to get within seven, the Seminoles got back to their fast-paced ways and responded with a crushing 20-2 run. The length of Florida State bothered Virginia’s small guards, and the Seminoles were able to turn 13 Virginia turnovers into 14 points of their own. Look for the Cavaliers to cut down on their turnovers and limit fast break opportunities — two pillars of the program that Bennett cannot be happy with after Monday night.

In what cannot be described as a surprise to anyone who has watched Virginia basketball over the past few years, the Cavaliers lost a close game to Duke Saturday, falling 66-65. It was an unfortunate loss, but one crucial theory was proven for good in the matchup — lineups matter. It is vital to this Virginia team to have either senior forward Sam Hauser or junior forward Trey Murphy on the court at all times. During a stretch in the first half, both were watching from the bench as Virginia’s offense suddenly shrank into the paint. There was no room to drive, which is what the Cavaliers’ backcourt does best. Ultimately, a team needs shooters to stretch the defense, and without Hauser or Murphy, this Virginia team simply does not have the outside threats to keep defenses honest. Even though Murphy only finished with four points on the night, his importance on the court cannot be understated. With a Blue Devil defender essentially joined to him at the hip, it opened up the key for senior center Jay Huff to work in the post without fear of a double team. The lineups throughout the Duke game created disadvantages for Virginia — something the Cavaliers could work on heading into the NC State game Wednesday.

As Virginia men’s tennis came into its Friday match against Boston College, it would be almost expected for spirits to be down. The squad had lost in its last two outings — including an especially devastating defeat by Illinois, where the Illini won the last four matches of the game. How would the Cavaliers come out of the drought they were in? The answer seemed clear post-match — just completely dominate the Eagles. Virginia was outstanding throughout the entire day against the overmatched Boston College team, who had zero players ranked compared to Virginia’s two. Not a single set was lost by the Cavaliers on any of the courts, singles or doubles. Every athlete played extremely well, but senior Gianni Ross was especially exceptional. Ross had lost his previous two matches to North Carolina and Illinois but was spectacular on Friday, defeating freshman Mason Fung in straight sets 6-0 then 6-2. Overall, this was a fantastic bounceback win for the men’s tennis team as it looks to regain the momentum created earlier in the season.

Virginia baseball started its season last weekend, finishing 2-1 in a series against Connecticut. The second of those games was an ugly 10-9 loss filled with walks from both teams’ pitchers, but on both Friday and Sunday, the Cavaliers’ pitching practically won the games. On Friday, fans — and multiple professional scouts — were treated to a masterful performance from senior pitcher Andrew Abbott. Abbott pitched just over five innings and left with zero runs earned and just two hits. Virginia needed all of it, as they squeezed out a 2-1 victory in the opening match. On Sunday, another Cavalier starting pitcher — junior Mike Vasil — had a wonderful first outing. In six innings, he gave up just three hits and one unearned run. Vasil was also very accurate, throwing 63 strikes on just 86 pitches. It is certainly a welcome sight for the Cavaliers, who were statistically just an average pitching staff last year. Look for Virginia to keep the good momentum going into the next few games.

Runners left on base seem to be an early concern

On the offensive side, Virginia baseball did not have its best series — although that could be expected after nearly a year without an actual game. Outside of the walk-fueled nine-run outing on Saturday, the Cavaliers could only muster up six more runs through the weekend. A large part of that was the competition — the Huskies are the Big East favorites and a fringe top-25 team — but there is one stat that may be slightly troubling — runners left on base. Virginia left a whopping 28 runners stranded over the weekend, many of whom were in scoring position. The Cavaliers would have loved to see a few of those come across home plate, especially in the loss, and there was a sense of frustration at times on the field. The statistic did not come back to bite them too much, but in the ultra-competitive ACC, the Cavaliers will need to hit better with runners on base. 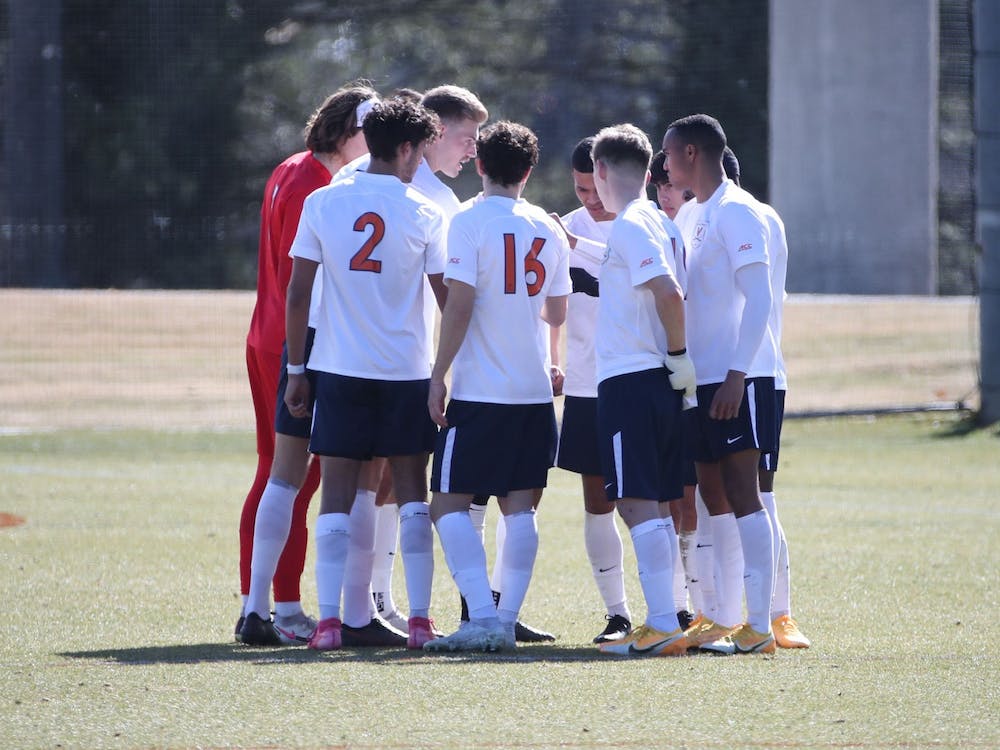 By Connor Smith and Kira Flores | 4 hours ago

The Cavaliers fell twice in frustrating fashion last week — losing in double overtime to James Madison and faltering in the final minutes to North Carolina. 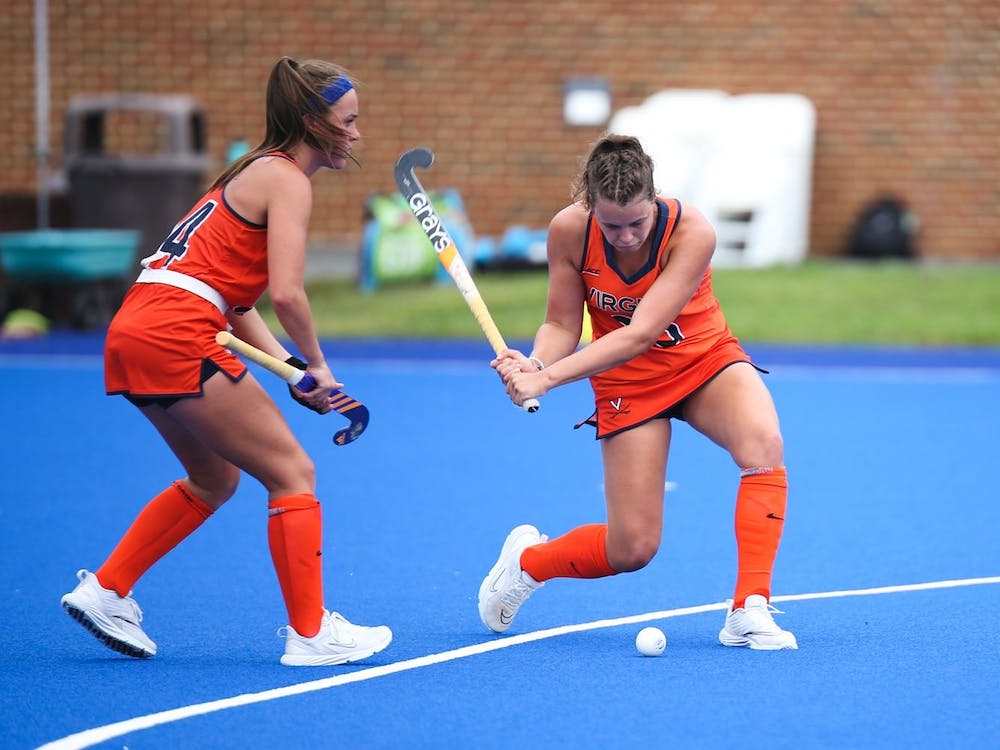 By Jacob Tisdale and Joseph Ascoli | 22 hours ago

The Cavaliers opened ACC play on the road against No. 8 Louisville Louisville in a narrow 1-0 defeat before traveling to No. 12 Ohio State Sunday and picking up a big 2-1 win. The following weekend, Virginia defeated No. 13 Wake Forest in dominant fashion, but fell to No. 19 Old Dominion in a heartbreaker. 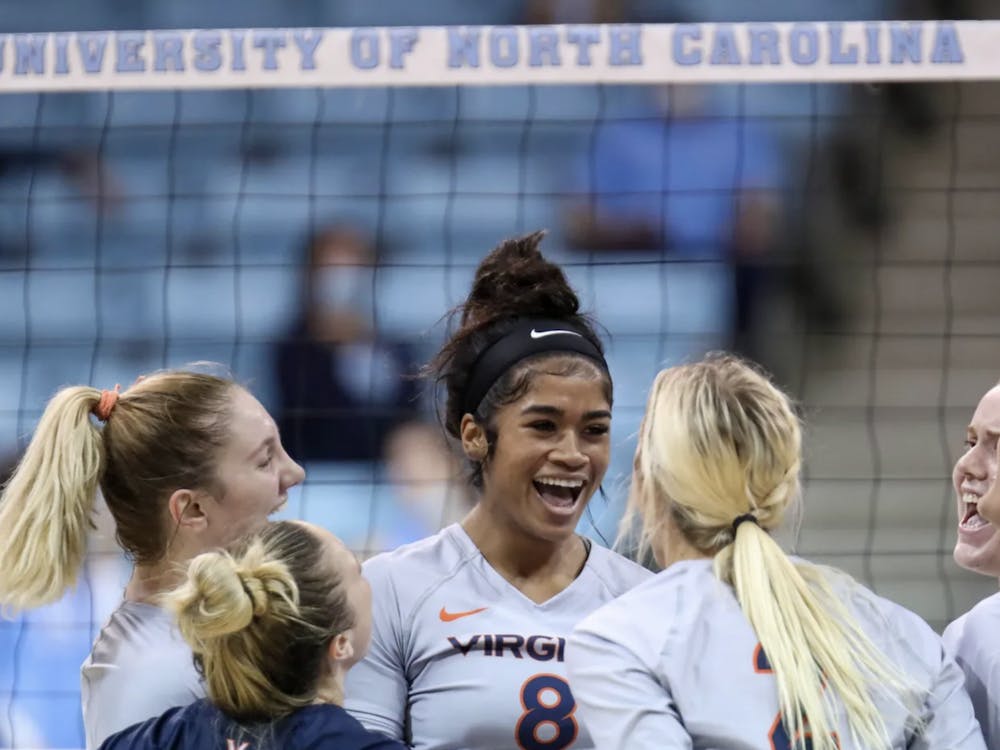 By Connor Lothrop and Harry Farley | 22 hours ago

Coach Shannon Wells led Virginia as it took on multiple opponents the last two week, notably notching her first conference win as the coach when the Cavaliers beat North Carolina.

A behind the scenes look into U.Va’s upcoming Arts Week

Honor Committee debates use of the informed retraction in Sunday meeting

U.Va. hosts discussion on the American dream as part of Democracy Biennial