I have recently become a father to a sassy and spry almost 3 year-old cat named Goldie — or you can call her Miss Locks if you’re nasty. Goldie has a specific affinity for green-colored feathers and the most blood-curdling meow on the East Coast. I could make a joke that it’s been a cat-tastrophe or that I’m not feline it, but in all honesty, I think I’ve done feral-ly well. Raising such a beautiful creature has its trials and tribulations and hopefully, in sharing them with you, I can aid you in what it’s like to raise a teenage cat child of your own.

However, before I dive into the trials of being a new father, I must seamlessly plug her Instagram account, @goldierypkema. Thank you for the follow in advance.

Let’s get into it — Goldie is truly magnificent. She has large eyes that are the color of a Trader Joe’s shopping bag and long tawny-colored hair. She is approximately the height of one Bold Rock IPA bottle. And is a hefty seven pounds. She resembles a miniature lioness, so Beyoncé watch out she’s coming for your gig when the Lion King Two is produced.

However, such beauty makes the cat unbearable at times. She KNOWS she’s beautiful and that’s the worst part. She knows that such a regal and unparalleled cat in poise and grace can yield any human to do her bidding. She’s manipulative. When any productive work needs to get done, she ambushes you with a series of aggressive headbutts to the shin in an attempt to be showered with scratches and kisses. She plays it off as cute, but deep down I know her and all other cats out there use such opportune moments to cease productivity in the human race so they can take over the world. To combat such actions, it is advisable to grab a brightly colored feather and throw it as far away as possible so that the cat may be temporarily distracted.

Another challenge in raising Goldie is that she is in prime cat teenage years. Almost three means that in cat years she’s approximately 17 or 18 right now. This means absurd mood swings at any given moment. A cuddle session could quickly turn into your hand almost being clawed off for no reason. To handle this, I have taken up the practice of using gravity to teach the cat manners. The following procedure may seem inhumane or barbaric to the vegans, cat lovers or PETA representatives out there, so if you fall into any of those cat-ergories, discretion for the following is advised.

Believe me when I say this is the most effective way to manage the teenage animal’s mood swings when amid a cuddle session — if claws have arisen, simply push the cat off of whatever surface they are on as swiftly as possible so that they won’t see it coming. Hostility is not welcomed or appreciated in my household so letting gravity take the reigns is not only nature’s way of dealing with a cat’s bad attitude but also a great way to get the claws off your skin and onto the floor. Extra points in the cat makes a pathetic squeak as you banish them one step closer towards hell.

Becoming a new father has not been the easiest, but thankfully, Goldie is a Capricorn, so she gets along with my Pisces energy well. Despite all the mood swings, manipulation and physical damage my daughtress has caused, we have had some amazing moments together and plenty more to come. That being said, I still have the receipt from the humane society, so she better watch out.

Elisha Rypkema is Humor Columnist at The Cavalier Daily. He can be reached at humor@cavalierdaily.com. 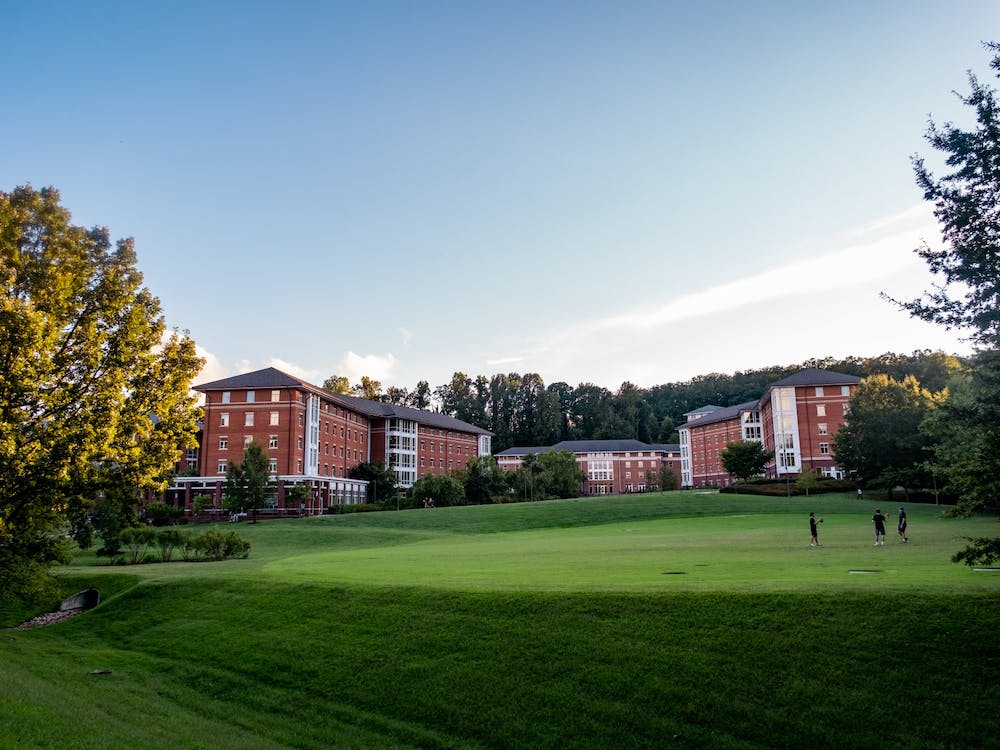 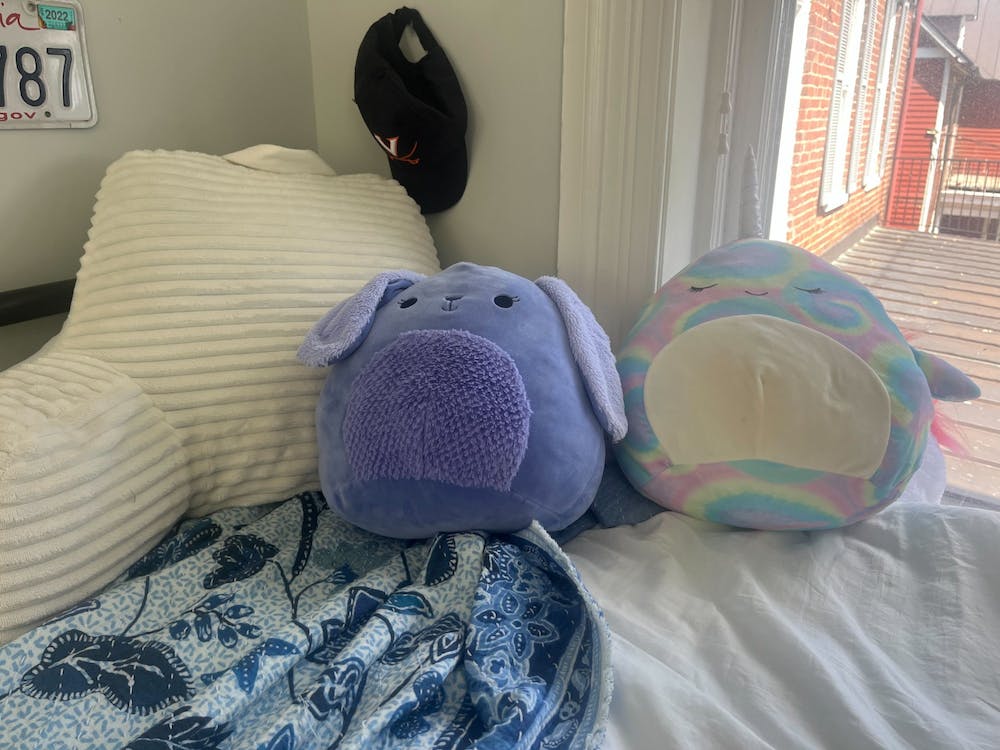 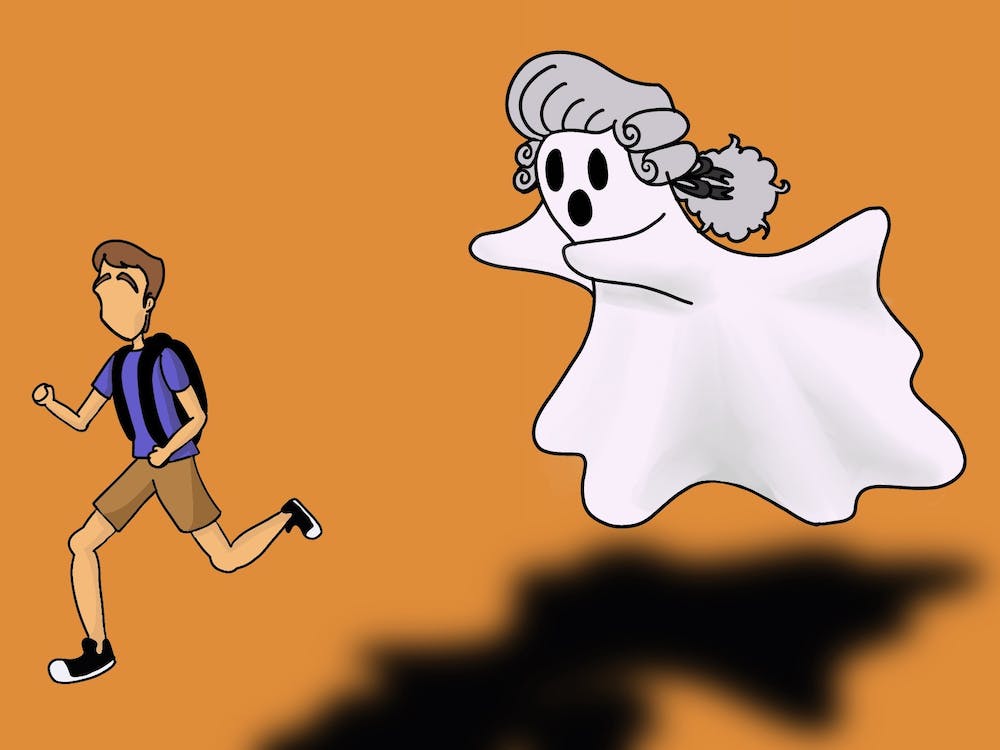 Tips To Avoid The Ghost of Thomas Jefferson

The idea of Jefferson’s ghost roaming around might be scary and you might even be considering canceling your Halloween night plans, but don’t you worry because I’ve got you covered.