A historic week propelled the Cavaliers to their 16th conference title

No. 2 Virginia women’s swimming and diving claimed their 16th ACC Championship this weekend by finishing with a new meet record score of 1492.5. The Cavaliers beat out second-place No. 6 NC State — which recorded 1333 points — and were led by the championship’s Most Valuable Swimmer junior Paige Madden.

As a team, Virginia won 10 events across the four-day meet with six of the victories from individual swimmers.

Senior Sydney Dusel finished the first day for the Cavaliers by placing third in the 1-meter dive with a score of 296.40.

The second day was punctuated by Douglass’ record-setting performance in the 200-meter individual medley. Her time of 1:51.36 is the best in the nation this season and set a new ACC record.

Similarly, Madden dominated the 500-yard freestyle with a time of 4:36.19. Winning the event by over three seconds, her time was also the best in the nation this season.

To cap off the second day of action, the 200-yard freestyle relay team of freshman Lexi Cuomo, Douglass, Valls and Hill won by recording a time 1:26.73.

Douglass and Madden once again led the way on day three of competition by winning the 100-yard butterfly with a time of 50.83 and the 200-yard freestyle with a time of 1:43.18, respectively.

Despite finishing second in their events, both Nelson and Wenger set Virginia records in their events — the 400-yard individual medley and the 100-yard breaststroke, respectively.

On the meet’s final day, the Cavaliers won three events to help secure the championship. Madden shaved nearly eight seconds off her career best in the 1650-yard freestyle to dominate the event with a time of 15:50.38.

Hill captured the team’s final individual victory of the week with a time of 47.47 in the 100-yard freestyle. Finally, the 400-yard freestyle relay team composed of Douglass, Cuomo, Madden and Hill won the event by posting a time of 3:10.57.

In addition to the 10 first-place finishes, Virginia combined for a total of 37 All-ACC honors on the week. Madden — named the ACC Championship Most Valuable Swimmer — captured three individual victories, was part of two winning relay teams and scored a total of 96 points during the week.

"I couldn't be happier for this team of young ladies," Coach Todd DeSorbo said. "They have been working together all year towards a common goal.”

By winning the ACC Championship and bringing the program’s total to 16 wins, the Cavaliers are now tied with North Carolina for the most in the conference.

“I told them that I believed this was the best team in the history of the University of Virginia,” DeSorbo said. “So, the goal here at ACCs was to score more points than this team has ever scored. Day-to-day, event-to-event, we set out to do that, and they accomplished that. It was exciting to see. The greatest thing about it was that it was a full team effort.”

The Virginia men’s swimming and diving teams will compete for the ACC Championship beginning Wednesday in Greensboro, N.C. After that, both the men and women will begin final preparations for nationals in March. 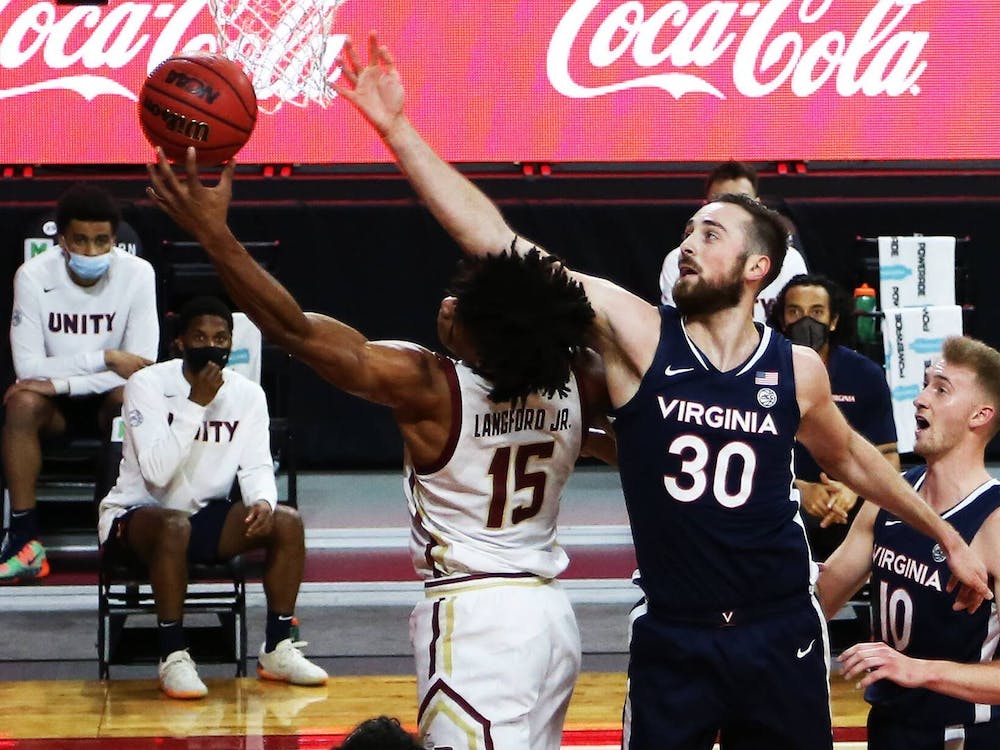 Coming into the game, Virginia held a 16-8 all-time record against Boston College including nine wins in the last 11 games of the series. 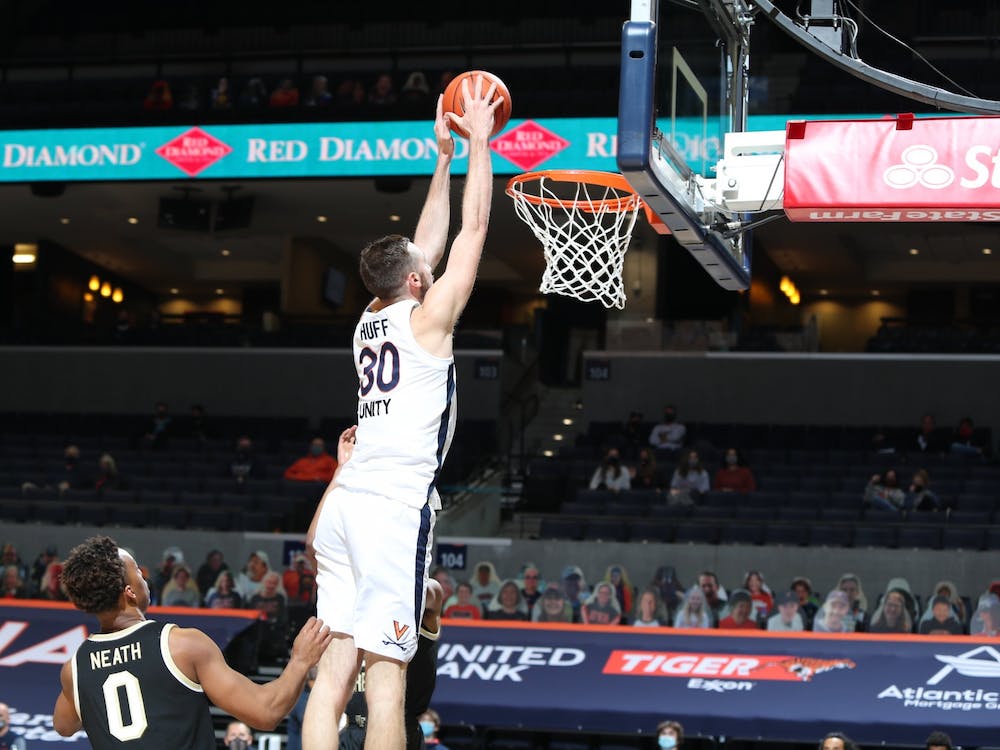 The Cavaliers (6-2, 2-0 ACC) used a strong second half on the defensive end and efficient offensive play throughout the night to down the Demon Deacons (3-2, 0-2 ACC).