How international students have adjusted to taking online classes

After the University canceled in-person classes for the semester and highly encouraged students not to return to Grounds after spring break, many students found themselves back in their hometowns unexpectedly early. For international students, however, home isn’t simply a three-hour drive or two-hour plane ride away.

The health risks associated with long-distance travel coupled with travel restrictions in certain countries left international students with few choices. While some found alternative solutions by staying at a friend’s or relative’s home, many had to choose whether to remain at the University or risk going home. Students who remain on Grounds now must confront issues of limited facility access, while those who left the U.S. must face the challenge of completing classes in a country with a multi-hour time difference from the University.

As Observatory Hill is now the only open dining hall and almost all facilities are closed including libraries, gyms and student activity spaces, students who remain on Grounds have had to find their own ways to occupy their time and fill their stomachs. Besides going on a grocery run or exercising, there are few other times when going outside is allowed due to Governor Ralph Northam’s stay-at-home order.

Second-year College student Yancheng Pan calls Shanghai home, but chose not to return because of the potential health risks and enforced travel restrictions. While Charlottesville initially seemed like a ghost town, he has a few friends who have also chosen to stay. This — combined with the encouragement and reassurement he has received from his parents back home — has helped him feel less alone.

“I can see in their eyes that they want to be with me,” Pan said. “I know they’re trying their best to be supportive parents and they want me to do well, so I think that’s really selfless of them. I think the best way to make them proud is to stay here and study hard — do what I need to do.”

In terms of his academics, Pan believes staying in Charlottesville was the best option for him. He can stay in the same time zone as his professors and avoid potential difficulties accessing Google, which is banned in China and can only be accessed using a virtual private network.

For third-year French exchange student Johann Aireau, this was an unexpected end to his last semester at the University. Aireau initially wanted to stay in case in-person classes resumed. However, after learning that classes would remain online for the rest of the semester and receiving emails from the International Studies Office encouraging him to go home, he decided that leaving was the best option.

“The situation is also quite bad in France at the moment, so it makes all my family crazy,” Aireau said. “They prefer me to come back and be safe at home because they don’t know if airlines could be shut down. Obviously I won’t go back by swimming, right? It would be quite [terrible] if my visa expires, and I’m still here.”

On the other side of the world, students are faced with an entirely new set of challenges. With the switch to Zoom meetings in many classes, many international students still have to follow Eastern Standard Time to be awake for lectures, which can now happen when they would normally be sleeping. For some, this means they will be living out of sync with the rest of the household for the remainder of the semester.

Days after first-year College student Ria Kharosekar arrived in India, the country entered a complete lockdown, so she was glad to have come home in time to be close to her family. Due to the time difference, however, her sleep schedule has been severely affected.

“My day of classes usually starts after dinner these days,” Kharosekar said. “On most days I get done around 2 a.m. It was fine for the first week after I got back because I was still jet lagged, but now it’s definitely really strange.”

India is nearly 10 hours ahead of Charlottesville, so figuring out when classes are and when assignments are due requires a lot more mental math. Online classes have also caused an increase in work and stress for some, though professors have generally been more lenient due to these unusual circumstances.

First-year College student Deanna See, who is from Singapore, chose to remain on Grounds, but nevertheless has found herself following an abnormal sleep schedule.

“I go to class at 3 a.m. to watch [lecture] recordings, so it’s pretty much like being in a different time zone,” See said. “My sleep schedule is pretty wack usually so this hasn’t changed much for me.”

With Singapore under soft lockdown — meaning most workplaces, schools, public spaces and restaurants are all closed — she would still have been trapped indoors if she had returned home and would have less space to move around. See is the only person left on her dorm floor, so her current stay-at-home radius is relatively wide. In addition to enjoying the quiet on Grounds, she also explained how she can order delivery from restaurants and support the local economy, even while staying indoors.

In contrast, first-year College student Jerry Yang, who returned home to Singapore, has faced time-zone struggles. While the 12-hour time difference isn’t that big of an issue because most of his classes have recorded lectures, it’s his discussion-based classes with mandatory attendance that are difficult to stay awake for, as he is in class when the rest of his community is asleep.

“I can have breakfast in bed while listening to lectures, which is probably the dream of every college student,” Yang said. “That being said, I do have a 2 a.m. ENWR. Most of my time in class is spent trying to stay awake.”

Regardless of whether they stayed in Charlottesville or went home, international students have faced a range of obstacles, but many understand that it is inevitable — and even necessary — under the current circumstances.

“In the event that [I have to leave Grounds], I still think it’s a good opportunity to look for housing on my own,” See said. “Learning to be independent is why I came all the way here in the first place.”

I look to inspire others to find their niche method of practicing good ethics in fashion and discover a greater sense of self expression through this approach, as well.

By Caitlyn Kelley | 19 hours ago

I have come to understand that the reason New Year’s resolutions were so daunting, and perhaps so apt to fail, is that they are a universal concept attempting to fill the role of a very personal task. 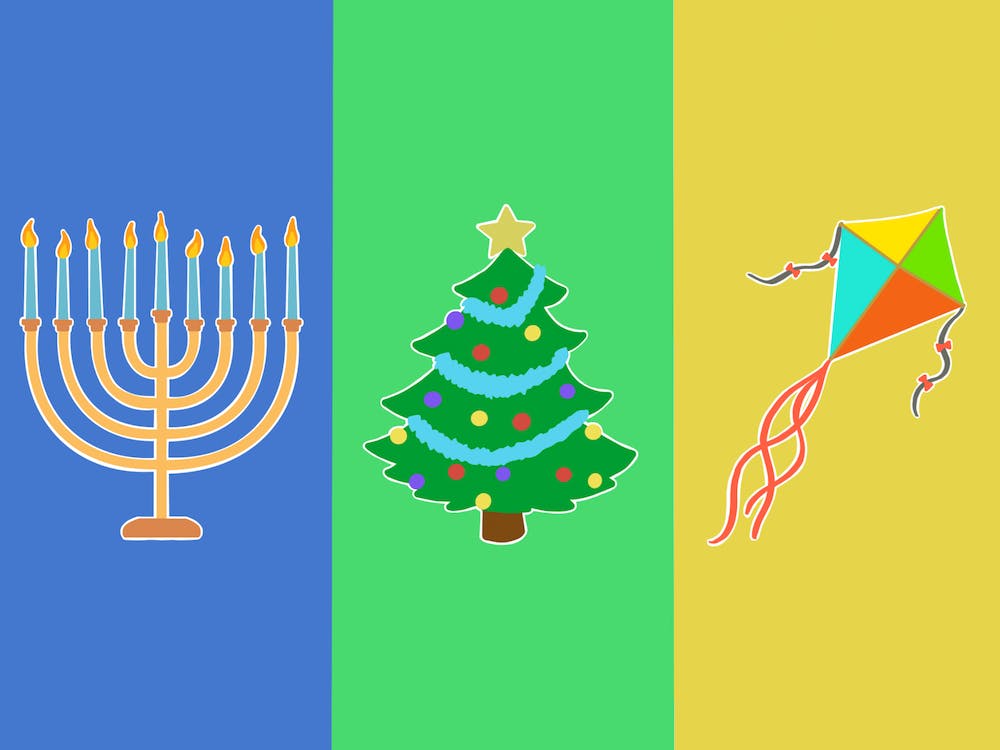