This semester, Fudan and Peking University continue to serve as homes for international students who are unable to come to Grounds due to challenges stemming from COVID-19

Many Chinese international students were faced with an extremely difficult situation last fall and this spring — due to the pandemic and travel restrictions, many students were either unable to or had trouble entering the U.S. and getting to the University to take classes. To address this issue, the University partnered with Fudan University in Shanghai to create a program last semester for the Chinese students who couldn’t make it to Grounds due to COVID-19 and other obstacles. The program is still continuing this spring, along with a new program at Peking University in Beijing.

The Go Local program, led by U.Va. China Office’s director Justin O’Jack, was made for Chinese international students who couldn’t travel to Grounds during this period of uncertainty surrounding the pandemic.

Since the fall semester, Chinese students have been able to take on the role of University exchange students at Fudan University, and starting this spring, also at Peking University. Instead of coming to Grounds, students can choose to take classes at these universities and have the same, if not more, in-depth college experience.

Students at Fudan are given the opportunity to live in an on-campus hotel arranged by the U.Va. China Office. In the fall, 61 students chose to live at the hotel, which also transformed some of its rooms into study rooms for students. The other 14 students at Fudan lived off campus.

Students can take up to nine semester credits at Fudan, with the rest of their schedule needing to be U.Va. credits. This was to ensure that first-year students stayed on track by taking the University’s General Education Curriculum requirements in sequence and that continuing students would be able to fulfill major requirements and stay on track to graduate. While the necessary University classes are taken online through Zoom, all Fudan classes are taken in person on their main campus.

Although the program was open to any student from China, first years were given priority over other students. There was no formal application process, but students did need to fill out a few surveys and complete other registration requirements.

Students had up until August to decide whether or not they would take a gap year, take courses online only or study at Fudan in the fall, but they had to make the decision much earlier — in October — for the spring semester, over four months before classes start March 1.

For the classes they have taken at Fudan, students will be able to receive transfer credits. However, major or minor departmental approval still needs to be obtained before these credits can count towards a student’s degree.

The class selection at Fudan is similar to that at the University — students can pick from history, economics, math, science and psychology courses, among others.

Hongjia Yang, or Andy Yang, is a first-year student from China participating in the Go Local program who lives just a bike ride away from Fudan University. Yang emphasized that he had been to some lectures and met professors at Fudan while he was still in high school, so he already had a connection with the school.

He also mentioned how he enjoys in-person classes and the ability to take part in extracurricular activities, which he wouldn’t have been able to if he was taking classes at the University over Zoom this semester.

“Staying on campus could also provide me with more opportunities to take part in group activities and clubs, such as cycling teams, literature club, Model UN and urban studies club,” Yang said.

U.S. consulates in China temporarily suspended non-emergency visas appointments in Feb. 2020, so many new students from China were unable to obtain their visas. Between April and Sept. 2020, the U.S. issued 808 visas to Chinese students, compared to 90,410 during the same period in 2019 — a 99 percent decline. On Jan. 31, 2020, former-President Donald Trump also signed a proclamation suspending entry into the U.S. of all aliens physically present in the People’s Republic of China fourteen days before the date of their attempted entry.

Yang emphasized that his experience at Fudan University was a lot better than he had expected. He took challenging, upper-level courses designed for third- and fourth-year students and had a tough time at first, but Fudan students and professors were more than willing to help him out. They sent him extra help, textbooks and reference sites to help him with the material, which he was very appreciative of.

Yang took classes that included “Shanghai: Urban Studies” and “U.S. Religion and Society.” He strongly recommends the former for other students at Fudan. The professor was born and grew up in urban Shanghai and still lives there today.

“This course turns the whole urban Shanghai into its classroom and field trips play a vital part in the teaching schedule,” Yang said.

Yang said that the best part of his experience in the Go Local program was the learning experience. He learned a lot about Sino-U.S. relations, and his professor, Wu Xinbo, taught with persistence and a rigorous spirit. He hopes to major in Politics and continue to study international relations and will return to Fudan this semester.

Wu is also the dean of the Institute of International Studies at Fudan and the director at the Center for Americans Studies.

Hannah Liu, a third-year student from Shanghai and a double major in Economics and Mathematics, also participated in the Go Local program this fall.

Liu’s decision to participate in the Go Local program was an easy one — Fudan was always one of her dream schools, and her mother is a Fudan alumna. After moving to the U.S. six years ago, Liu thought this was a good opportunity for her to spend more time with her parents. She also was very concerned about the COVID-19 situation in the United States given its rising case numbers.

Liu mentioned how supported she felt by the University during the whole experience. During Thanksgiving, students were invited to a Thanksgiving dinner with University alumni coordinated by the U.Va. China Office.

Liu also got to meet James Heller, consul general at the U.S. Consulate General in Shanghai, as a student representative of the University. There, she was able to share her thoughts about her situation along with other U.S. students from different colleges.

Liu enrolled in an environmental science class and “Strategic Management” and really enjoyed the “Strategic Management.” Because of the class design, Liu got to know a lot of Fudan students through multiple group projects, and the content was also of special interest to her.

“Exchanging thoughts on different firms and their strategic plans on a weekly basis resembles my life back at U.Va.,” Liu said.

Liu got much closer with her University friends who also took part in the program, and she said that was one of the best parts of the experience. They were disappointed that they couldn’t be on Grounds, but still being able to go to the cafeteria to eat together or to go to the library to study gave them a sense of normalcy and togetherness.

The Go Local program has given University students in China the ability to have a normal college experience and remain safe during the COVID-19 pandemic. U.Va. China Office has worked incredibly hard with Fudan University and with Peking University to give Chinese students an opportunity to learn just like they would be at the University.

Correction:  A previous version of this article incorrectly stated the start dates of the University’s collaboration with both universities and that the Peking University program occurred in the fall. The article has been corrected to reflect that the Peking University program begins in the spring, that Peking University’s relationship began with the McIntire School of Commerce in 2008 then the University in 2012 and that the University and Fundan’s first formal student exchange was in 2011. After Wu Xinbo’s introduction, the article originally referenced him as Xinbo when the correct subsequent reference was Wu, his family name. Additional information has been added to reflect the difficulties Chinese international students faced obtaining visas and how students’ classes were able to fulfill general education and major requirements. 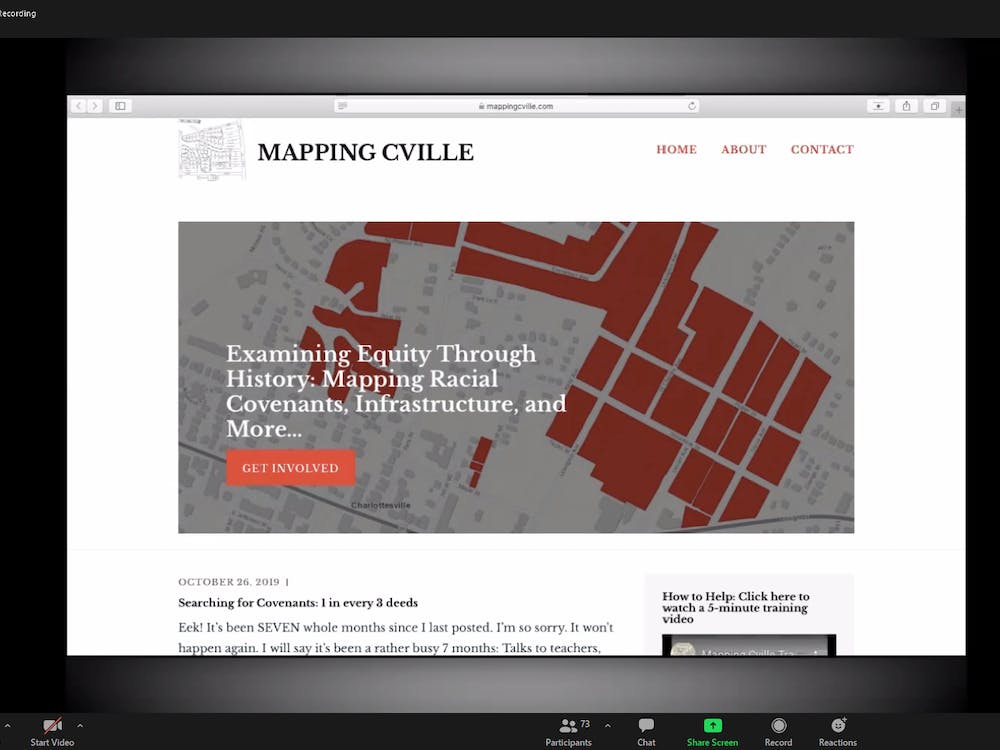