A cherished University tradition, part of the proceeds from the annual 4th Year 5k will go to students and families impacted by Sunday’s tragic events

The early morning air was crisp this Saturday as runners took their marks on McCormick Road to participate in the 31st annual 4th Year 5k, a longstanding and beloved University tradition presented by the Peer Health Educators.

The race is normally held on the day of the last home football game, bringing the University community together in memory of Leslie Baltz, a student who passed away due to a high-risk drinking accident. Its goal is to promote healthy behaviors and broad community engagement, and all proceeds are typically donated to the Leslie Baltz Foundation.

After last weekend’s fatal shooting, however, the Peer Health Educators decided to move forward with the 5k and focus on creating a space for students, faculty, staff, families and community members to come together and honor the three students who lost their lives that night — second-year student D’Sean Perry, third-year student Lavel Davis Jr. and fourth-year student Devin Chandler.

Maintaining the sense of community was a vital goal for the two PHE interns who led the larger team of students who planned and facilitated the event, fourth-year College students Alex Goldman and Tripat Panesar.

“We didn't want to make it too soon, but I think we've made the right call by keeping the event going and opening it up,” Panesar said.

The decision to keep the 4th Year 5k going was well received — at least 1,800 people officially registered to participate in this year’s run, as opposed to an average of 900 to 1200 registrants in previous years.

“There was a lot more than we expected, but in a good way, so it was nice to have as much of a community as possible,” Goldman said. “In a typical year, you’d need to register to participate, but this year we decided not to — we just wanted the community to have a spot to come together.”

Alongside that change, Goldman and Panesar also decided to donate a portion of the event’s fundraising proceeds, garnered from registration fees and donations, to the students and families affected by the shooting.

The event brought together people from across Grounds, both runners and non-runners alike. For fourth-year College student Jared Hawkins, this year’s 4th Year 5k was a reminder of the strength and resilience of the University community.

“It's a really tragic event, and seeing the school come together, it gives me a lot of hope,” Hawkins said. “It makes me really proud to be a student of U.Va. … it’s all about coming together and just doing something that’s hard for the sake of something that's bigger than yourself.”

Despite having been just elected Sunday afternoon, the executive board of the club rallied themselves to put together something meaningful to foster healing and solidarity for the club and the greater University community. Borland described how they initially envisioned the run to be a small event for their organization.

Yet, after overwhelming and unexpected social media interest, PHE and Club Running decided to combine the two races in order to accommodate the flood of support and motivation across Charlottesville to participate in the run.

“It was certainly a decision made with University Police because they just did not have the resources to support another big run that would have happened on Thursday, '' Borland said. “We decided that it would be the best and safest option to combine so University Police could support everybody.”

Ahead of the race’s start, University President Jim Ryan spoke to the crowd, reminding them of the importance of coming together and helping one another heal. Ryan could be seen high-fiving participants at the finish line following the conclusion of the race.

The 4th Year 5k demonstrated the University community’s ability to remain resilient in the face of hardship and heartbreak. Through a shared experience running, people across the University and the greater Charlottesville area came together to honor the lives lost and support one another.

“It was special being able to just be with so many members of the community, both the U.Va. community and the Charlottesville community,” Borland said. “The atmosphere was still fun, people were cheering us on … I think it was a nice mix of remembering the men that lost their lives and really coming together as a community to heal.”

Here is a list of ways to spice up the mundane, making the final stretch of the semester a bit more bearable.

Do not forget to have compassion for yourself and value your intuition as well. If he really cares about you, he will still want you in his life too, even if that is not in the context he had hoped for. 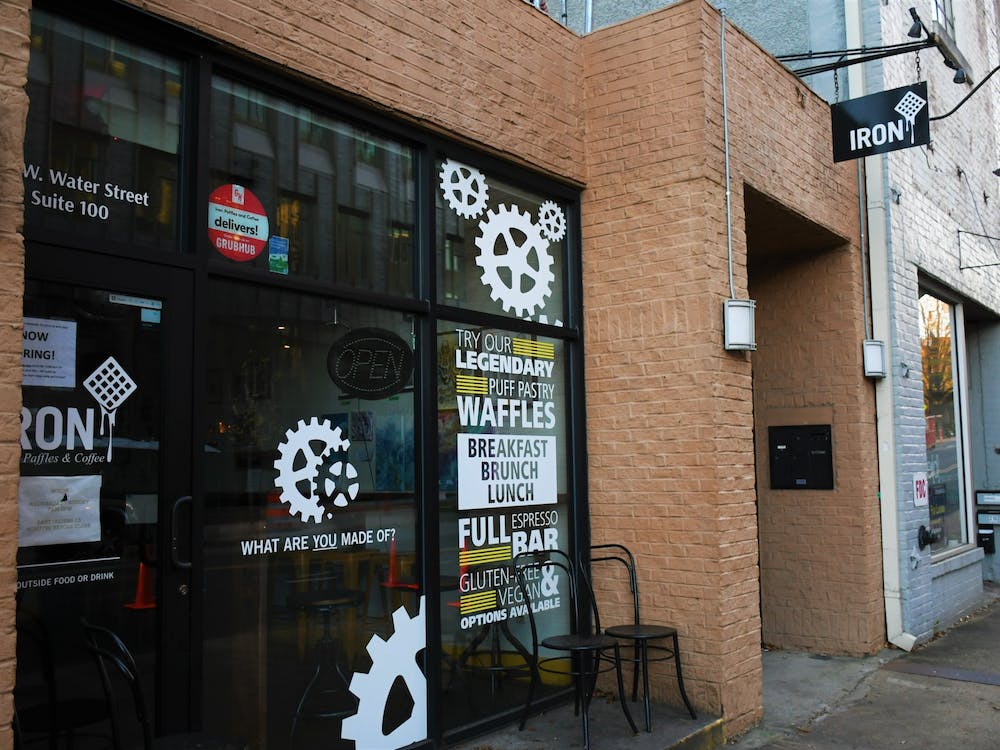 Iron Paffles brings an interesting twist to the classic sandwich

My first paffle was filled with nutella, peanut butter and banana served warm with a light dusting of powdered sugar. Needless to say — it was divine.