Class of 2022 admission statistics presented to U.Va.’s Board of Visitors

Around 3,700 total first-year students will be enrolled at the University this fall

Outgoing University Provost Tom Katsouleas presented the preliminary statistics for the incoming Class of 2022 to the Academic and Student Life committee of the Board of Visitors last Friday.

Outgoing University Provost Tom Katsouleas presented the preliminary statistics for the incoming Class of 2022 to the Academic and Student Life committee of the Board of Visitors last Friday.

According to Katsouleas, the University received a record 37,205 applications in the Class of 2022 application pool —  an increase of one percent from the record-breaking Class of 2021 pool. Katsouleas added that roughly 3,700 students are expected to be enrolled at the University this fall, which will be U.Va.’s largest class ever.

He added that the decline in applicant yield rate in the past decade was the product of students applying to more colleges and universities overall and the increased usage of the online higher education application platform, the Common Application.

Katsouleas said, despite a record number of applications, that there was uncertainty among University administrators about what the yield rate of applicants would look like after the white nationalist rallies of last summer in Charlottesville.

“The last thing we expected on this 10-year trend was a sudden upturn this significant,” Katsouleas said. “So this is really remarkable, students want to come here, and it stands out.”

Katsouleas in part attributed the increased diversity and applicant yield rates to the Board of Visitors’s expansion of the University Achievement Award and Blue Ridge scholarships — each of which had 100 winners this past application cycle. The scholarships are intended for high achieving students from disadvantaged or underrepresented backgrounds and grant recipients with in-state tuition and fees or a $5,000 grant, respectively.

Katsouleas also said the application process was slightly more selective for the Class of 2022 in comparison to the Class of 2021 with 26.4 percent and 27.3 percent of the applicant pool receiving an offer of admission, respectively. He added that the Class of 2022 currently contains 418 first generation college students — the second highest total in University history — but is down from 452 students last year.

Katsouleas said the unexpected increase in the applicant yield rate means more students will be enrolled this fall than initially anticipated. As a result, he said more first-year students than usual will have to triple-up in suite style rooms and added that the deans of each school — the College of Arts and Sciences in particular — have been alerted to prepare additional sections of classes for first-year students.

In addition, some students will be relocated to the Hereford Residential College due to ongoing renovation of four dormitories across Grounds — including Page-Emmet and Echols-Humphries on McCormick Road. However, Katsouleas said there is sufficient space for all incoming students and added that student feedback on triple occupancy in suites has been positive.

“The student experience in the triples have been relatively positive,” Katsouleas said. “We’ve had a number of students who are in triples and then asked for them again when they've had the option to be in a double.”

According to Dean of Admission Greg Roberts, the Office of Admission made 200 fewer offers of admission to applicants this year than it did last year, but added that 200 more students were still enrolled due the increased yield rate.

In response to a question regarding where in-state applicants who are accepted to the University but do not enroll are attending school, Roberts said competitive scholarship offers from other schools were attracting in-state students.

“Increasingly we are seeing students, even Virginians, accepting offers to schools five or 10 years ago we wouldn't have thought that we would lose students to,” Roberts said. “The primary reason for that is the scholarships — schools like the University of South Carolina, Alabama, Clemson, [Virginia Commonwealth University] — offering full tuition, full ride scholarships to some of our stronger students in-state.”

Roberts added that many schools across the nation are heavily investing in the admission process, while the University has allocated less funds towards such endeavors. According to an analysis by Deborah Maue and Tom Hayes, 77 percent of colleges and universities in the U.S. spend more than $100,000 per year on brand strategy, while 31 percent spend in excess of $200,000.

“Schools are heavily investing in the admission process … budgets are extraordinary,” Roberts said. “Schools are developing relationships with students — and this impacts yield — as early as the eighth and ninth grade. We’re unable to do that currently because we don't have the type of budget to reach them.”

“This is something we need to think about,” Roberts said. “It’s programming, but it’s also giving the students a feel that we’re excited about them, and we want them — and if we jump into the game late, like junior year the way we are right now, it puts us behind a little bit.”

“There are schools that have, I think, artificially high numbers as we discovered if they have a heavy emphasis on early-decision where the decision is a firm commitment — you can get your yield very high that way,” Katsouleas said. “Philosophically, we’re comfortable with our early action as opposed to early decision where we give students more months [to apply].” 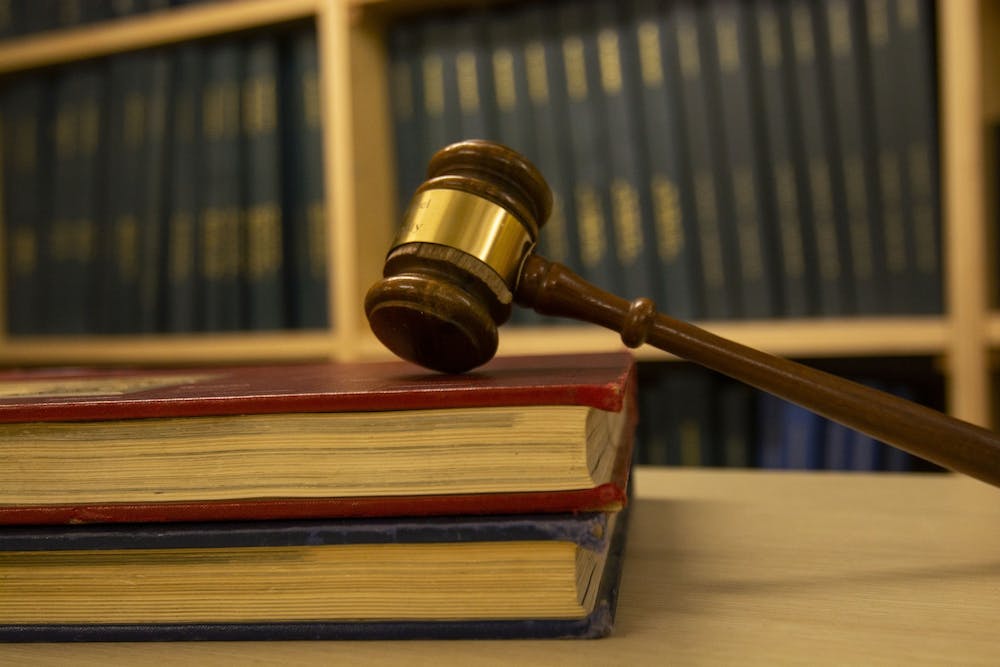