No. 4 men's basketball cruises to 83-45 win over Morgan State

Guy, Hunter lead in scoring as Cavaliers move on to 8-0

The No. 4 Virginia men’s basketball team remained unbeaten as the team picked up a dominant 83-45 win over Morgan State Monday night. The Cavaliers (8-0) never trailed in their 38-point win over the Bears, and 13 different players on Virginia’s roster saw action on the court.

"It was good to see lots of people get the opportunity to play,” Virginia Coach Tony Bennett said. “Guys played hard and a lot of guys got good experience, so it was a positive night in that regard."

In the first half, Virginia was powered by strong shooting. Junior guard Kyle Guy got off to a quick start, scoring three from behind the arc in the first five minutes of play. It wasn’t just Guy that was having early success, as Virginia was four-from-five from three and seven-for-eight on field goals by the first media time out.

The Cavaliers continued to be solid on offense for the remainder of the half, finishing with 65.2 percent shooting overall and 63.6 percent three-point shooting. Guy led Virginia in scoring with 10 points, while sophomore guard De’Andre Hunter had nine and junior guard Ty Jerome added eight to the scoreboard.

“We always say begin aggressively wise and patient with wisdom on offense,” Bennett said. “We don’t want to go too far on either of that spectrum.”

However, the Cavaliers  — who only turned the ball over twice in their last game against Maryland — did commit seven turnovers in the first 20 minutes of play. It didn’t prove to hurt Virginia too much, though, as the Bears scored only two points off of turnovers.

Despite the large lead the Cavaliers had, they didn’t let up in defensive effort, as players were diving on the floor to force turnovers. The effort was rewarded, as they forced Morgan State to 10 turnovers. With 34.6 percent shooting on field goals and 36.4 shooting on threes, the Bears were only able to put up 23 points in the half, as Virginia headed into the locker room with a 47-23 lead.

“I think our defense was really good tonight, actually,” Guy said. “They went on a little bit of a run to start the first half, but other than that I think we were in the gaps and played really good defense.”

The struggles for Morgan State continued in the second half, as they only scored four points in the first 10 minutes of the half. The Bears never found an offensive rhythm, as they shot 25.9 overall and were four-for-19 from three.

"I challenged the guys at halftime to come out ready, regardless of the score, and I thought our defense was tight in the gaps and came out better than the last few games,” Bennett said.

Virginia’s offense continued to be led by Guy and Hunter, who each finished with 15 points, as Guy went five-for-eight and Hunter went six-for-eight on all shot attempts. Freshman guard Kody Stattmann finished with nine points, while sophomore guard Marco Anthony and Jerome each had eight points.

"I think we are going to need everyone at different times,” Bennett said. “The game and how guys practice will dictate who plays. Marco, Jay [Huff], Mamadi [Diakite], all those things are important. We have established our seven guys, and eight and nine are up for grabs."

Junior transfer forward Braxton Key had a team-high nine rebounds, while Jerome had a team-high five assists. As a team, Virginia finished with 54 percent shooting and were 36.4 percent from three. The Cavaliers turned the ball over 13 times in the 83-45 win.

Despite the fact that Virginia’s lead was never threatened, after last season’s first round loss to unranked UMBC, the Cavaliers took the game seriously, from start to finish.

“That was a rough way to end the season, and it was a long off season for a lot of us thinking of that game and how we ended the tournament with such a great season,” senior center Jack Salt said. “It keeps us motivated at practice, in games. It just keeps us ready at all times, and we play against ourselves not the opponent if the score isn’t there.”

The Cavaliers are back in action Sunday afternoon, as they host in-state opponent VCU.

“Great respect for that program,” Bennett said. “They’re a quality opponent and they play an athletic, aggressive style … It’ll be a hard-fought game, of course and I hope it’ll be a great atmosphere.”

The game is scheduled for a 1:30 p.m. tip-off from John Paul Jones Arena.

Several photos shared online of the gatherings depict large gatherings of students — few of whom were wearing masks.

By Akhil Rekulapelli | 17 hours ago

Williams and Mendenhall have collaborated extensively with University leaders and Commonwealth health officials to ensure the safety of student-athletes and staff. 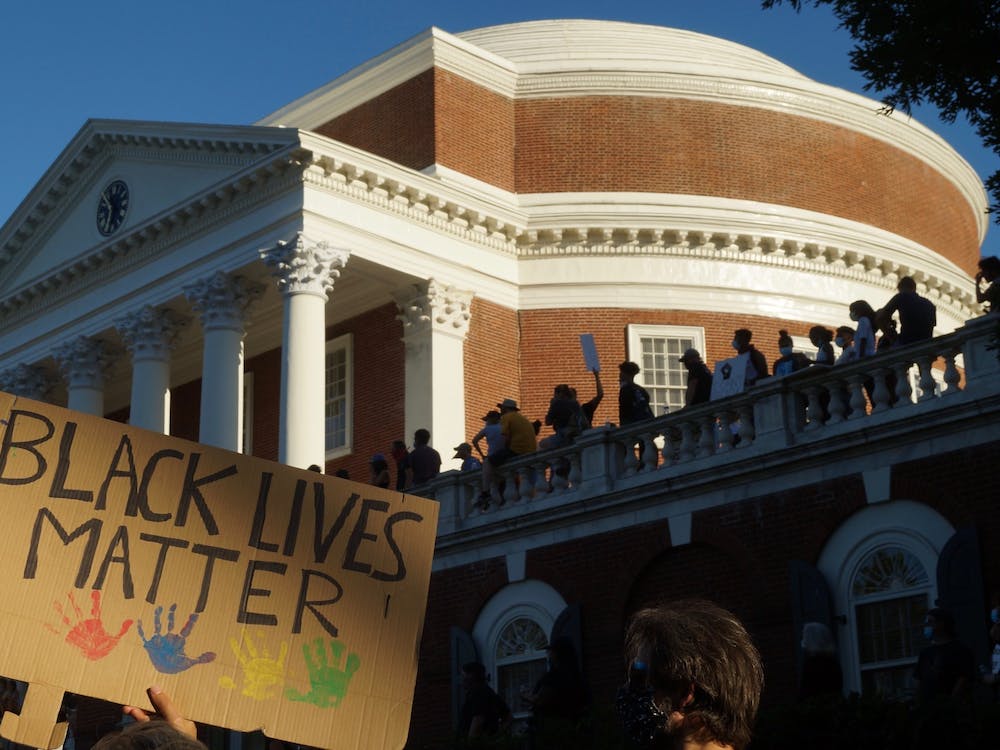 By Geremia Di Maro and Jacquelyn Kim | 3 days ago

Top 10 ways to prepare for an unprecedented fall semester

So you want to talk about race