To be more environmentally friendly, the University should no longer supply blue books but instead only carry their recycled counterparts

While the ideal solution would be to end paper exam testing completely, having that as an initial goal is unrealistic.

Post-secondary schools across the nation often administer in-class examinations that require students to purchase pre-stapled packets of loose leaf paper called blue books. Students at the University should be fairly familiar with this process as most professors currently lean towards conducting essay or short answer exams that demand said books. These exam books can be purchased for fairly cheap at various places around Grounds. One such location is the University’s Bookstore, which also carries green books. The only difference between the two different examination books is the color of the cover — hinted at in the name — and the type of paper used to construct them. Green books are made from recycled paper containing a minimum of 30 percent post-consumer recycled content, whereas its blue counterpart is 100 percent virgin paper fiber, making it objectively worse for the environment.

In consideration of the environmental implications of each book, the University — after depleting its current supply of blue books — should no longer order, carry or sell the un-recycled exam booklets. This small and subtle change is not only feasible but also necessary in light of serious worldwide environmental issues that come as a result of human carelessness, such as using virgin paper instead of recycled paper.

In fact, there is overwhelming evidence supporting human activity as the primary cause of climate change — a worldwide crisis that poses severe threats to every life form on the planet. Its effects include dangerously high temperatures, more extensive wildfire seasons, rising sea levels, much heavier precipitation and flooding, increasing air pollution and destruction of mountainous and marine ecosystems, to name only a few. Even worse, some scientists estimate humans have approximately 20 years or less to alter and repair the devastation of climate change before its effects become permanent and irreversible. This is why it is critical humans begin making the changes needed to combat the increasing damage done on earth.

One such way humans can begin reducing their carbon footprint is to minimize their waste, which includes using recycled materials and recycling the materials they use. By both using recycled paper and recycling paper once finished, humans would significantly reduce the amount of waste in landfills — the “single largest source of methane emissions to the atmosphere.” It would also decrease the demand for raw materials, saving forest habitats around the globe. In doing so, the seemingly small step of recycling can and does have the potential for large, eco-friendly changes worldwide.

Moving forward, as long as the University is going to continue conducting paper exams, it should do so exclusively in environmentally friendly booklets in order to further its role in combating climate change. Since professors already accept green books in place of blue books for every exam conducted on loose leaf paper, ending the sale of non-recycled booklets would not affect any of the parties involved in testing, but it would positively affect the environment.

Even still, it should be noted that this step — no matter how important — is definitely not a magic bullet that will save the world. Some alternatives such as online, paperless tests would undoubtedly produce less waste and would therefore be much better for the environment. However, it is important to note that change is gradual. So while the ideal solution would be to end paper exam testing completely, having that as an initial goal is unrealistic.

So despite being fairly simple and easy, using recycled paper — especially when humans implement it large scale at places such as universities — does add up. Recycling is a rung on a very tall ladder humans must climb in order to curtail the damage they have already done and continue to do every day. As quoted in a National Geographic article, “Humans have the solutions to address climate change. The question is: Do we have the will?” So, the University must now ask itself if it has the will to play its part in saving the environment or if it will continue to fall victim to the consumer blindness that only compounds the problem.

Hailey Yowell is an Opinion Columnist for The Cavalier Daily. She can be reached at h.yowell@cavalierdaily.com. 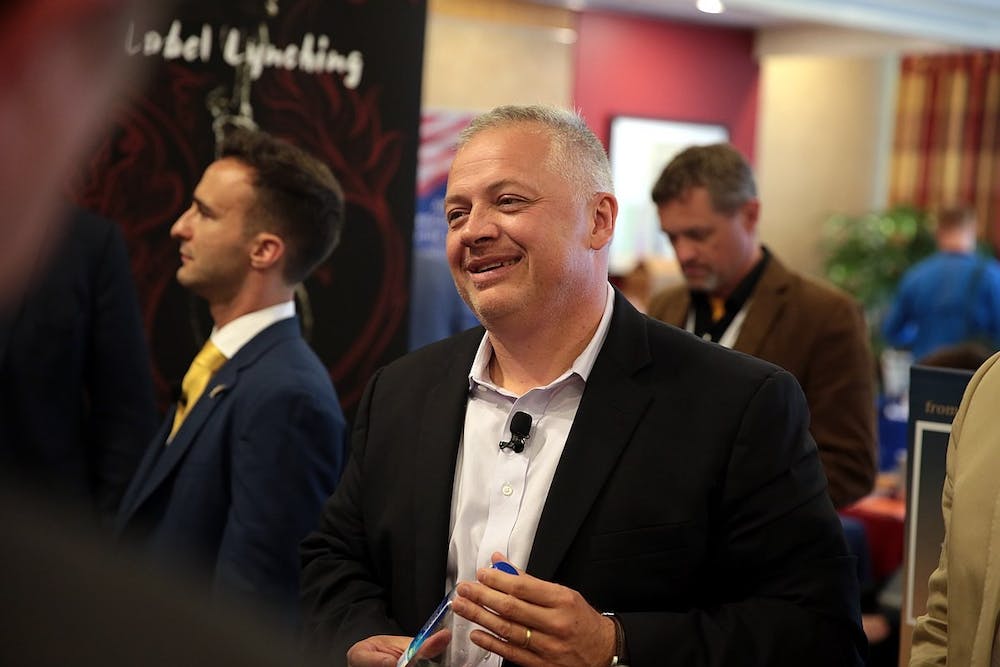