Fall Arts Preview: What to do and see this semester

Five arts-related-happenings all students should see this fall

Most University students know the basics of the arts scene on Grounds. There’s the Fralin, there’s Arts Grounds and there’s a giant mural of Dave Matthews in 1515. Okay, maybe that third one shouldn’t count, but most people know of the first two. If you don’t, great! Tack a visit to those places onto these five options below. If you’re looking for something new to check out this semester, expand your arts knowledge of the University and Charlottesville by perusing these happenings before they’re gone. Bonus? They’re all free to attend.

“All the While, We Grew Stronger: Queering the University”

This installation on the third floor of Newcomb Hall is an exhibition of the University Bicentennial that brings to light the rich history of the LGBTQ community at the University, featuring artifacts and panels that tell long-silenced stories of LGBTQ people at this institution. From the homophobic chant of “Not gay!” during that infamous pause in the Good Ol’ Song to the creation of the Gay Student Union back in the 1970s, from the forced outing of a Resident Advisor to the long and continuing history of physical attacks and hate crimes directed towards LGBTQ people, the exhibition brings systemically marginalized stories to the forefront, and is a must-see for anyone who wishes society and the University to better itself in inclusivity.

The Charlottesville Reading Series takes place typically on the third Friday of every month, and any of the readings are worth a look, especially if you’ve never been to New Dominion Bookshop before. Located a trolley ride away on the mall, the narrow bookstore evokes “Matilda” making her books move levels of magic. The Reading Series turns the store into a community gathering space, and the upcoming event will not disappoint. Joanna Pearson is a North Carolina based psychiatrist and fiction writer whose work examines mental health and professionalism, and A.D. Carson is currently an assistant professor in Hip Hop and the Global South at the University, whose work has included raising awareness of historic racism. His performance and Pearson’s reading are sure to be fascinating and the reading is free to attend.

Where and when: Kluge-Ruhe Aborginal Art Collection at UVA (400 Worrell Drive), Saturdays at 10:30 a.m.

Did you know that the only museum of Aboriginal Australian art to exist outside of Australia exists here in Charlottesville? The Kluge-Ruhe is a small but mighty museum in Albemarle County that features the work of contemporary Aboriginal artists, much of which is rooted in Aboriginal traditions.The museum offers guided tours throughout the semester, but freely roaming on your own is also an effective way to see the exhibits.

“A Quick and Tragic Thaw” by Yvonne Love and Gabrielle Russomagno

Where and when: The Ruffin Gallery: The McIntire Department of Art, Aug. 26 - Oct. 18

The first installation of the school year at Ruffin Gallery is a collection of artworks exploring human-influenced climate change and global warming. The exhibit combines science and art, using satellite imagery, mapping technology, creative writing, photography and other art forms to tell the story of the juxtaposition between the impending impact of climate change and the way humans still choose to live without changing their habits. The intersection of science and art tells the story of climate change from a new light, and given that the conversation around climate change has gotten more urgent given recent time constraints placed on reversing the effects. Further, the artists Yvonne Love and Gabrielle Russomagno will be giving a gallery talk on their work Sep. 24 at 4:45 p.m., followed by a reception.

Where and when: Locations vary, see virginiafilmfestival.org for details, Oct. 23 - 27

This is a classic, but if you’re a first-year or a student who doesn’t leave Grounds much you may be unfamiliar with the Virginia Film Festival and how it operates uniquely for U.Va. students. The films to be shown for the 32nd annual festival have yet to be released, but last year included famed titles such as “If Beale Street Could Talk” and “Green Book,” so whatever the films, this year’s offerings are sure to impress. The VFF is a great way to explore Charlottesville and see the work of everyone from local creators to big name producers. You might even get an early look at an Oscar frontrunner, the quintessential “I knew about that before it was cool” brag. The best part of all of this is that the festival offers free tickets for U.Va. students, all it takes is registering on their website, but do it as soon as possible. Free tickets for the best films go fast.

The program of films will be released Sep. 24 and free tickets can be reserved at virginiafilmfestival.org starting Sept. 30 at 12 p.m.

By Sophie Hay | 2 hours ago

The new year comes with a great sense of anticipation — tune in to these sentimental songs to let yourself feel through this major transition. 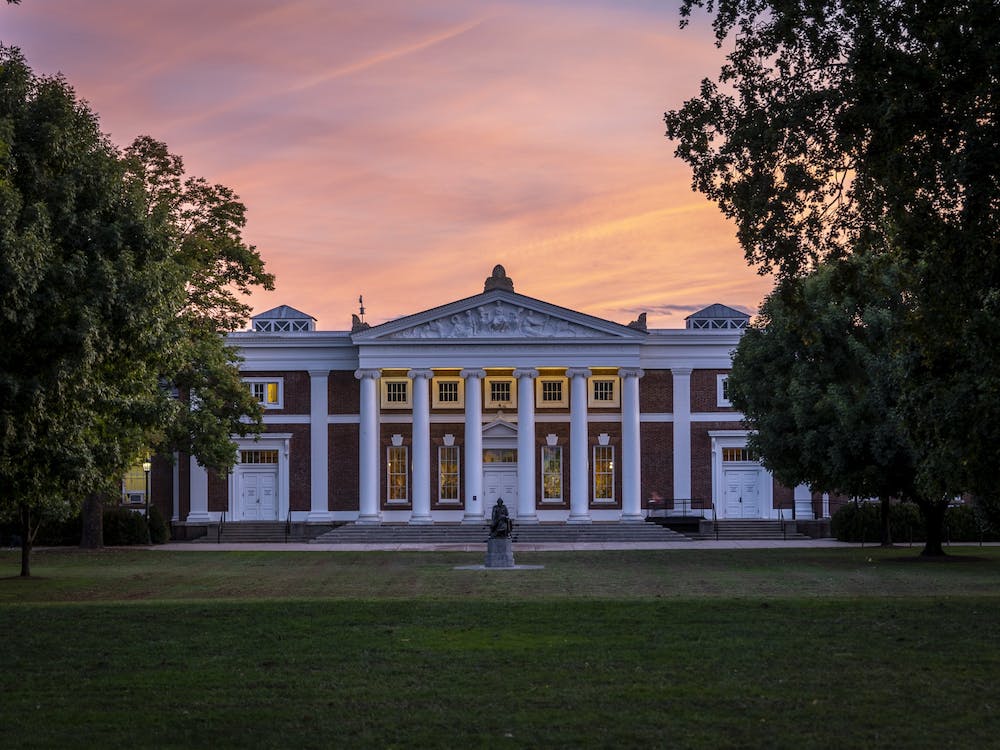 No. 6 men’s basketball edges out Syracuse in a thriller on the road