Studying abroad can bring newness to both those leaving and staying

In high school, people always spoke of their desires to go abroad — studying and traveling in a foreign place for a semester and getting to experience both the novelty of a new environment as well as the traditions and cultures of another country. To be honest, I never really understood that. I have always wanted to travel at some point in my life and walk through the cobblestone streets of Paris that we all dream about, sipping on coffee and dressed all chic. I just never really had the desire to do so in college.

I totally get the allure of going abroad, and sometimes I think that it might have been a good thing for my overall growth. I just didn’t have that burning desire to experience something new, and, therefore determined that maybe this just isn’t the time for me to do something as drastic as uprooting my life at the University for a whole semester.

My former roommate, Sara, however, always had this feeling. She knew in high school that she wanted to go abroad and completely immerse herself in a new culture. She is thriving, learning so much about the class she is taking, the language and society into which she has integrated and, honestly, about herself as well. We have FaceTimed a few times, and she has updated me on her development and feelings about being abroad.

I’m sure if I were to have gone abroad, I would’ve been able to submit myself into the unknown, try to be worldly and step out of my comfort zone. Sara is living her best life, and I know this step was the right direction for her. She loves being with new people in a whole new world for a few months.

However, after feeling very jealous of her picturesque walks through the Parisian streets, wine and baguette in hand, I began to notice that I am also experiencing something similar.

Sara is not my only good friend that has gone abroad. I have had about three or four of my closest friends all leave me for a semester sometime this year. Though I am familiar with the University culture and the overall structure of Charlottesville, I am also experiencing some novelty.

Both in the fall and spring semesters, I have entered in knowing that some of my closest confidants were not going to be occupying the same space as me. Even though I have stayed in the same house, the same people are not there, making this familiar place feel new and foreign. I have to insert myself into new friend groups, immerse myself into new classes and try to reach out to more people in order to find another group of people I can trust like the ones who have left me.

Going abroad brings revelations to both sides — for the people literally going somewhere completely new and for the people left behind in Charlottesville. The latter is left to find new outlets, new trust in themselves and in other people and a hope that though things might feel uncomfortable at first, it will all sort itself out with a little bit of effort.

Thus, it isn’t easy on either side — both have to experience a lot of firsts, which is honestly something that many have not had to deal with since their first year. Unfamiliarity and uncertainty unfortunately have the ability to make people scared and nervous, but these circumstances can push you out of your comfort zone in a healthy way. Going abroad helps both sides to grow and be more open to what the world — including the Charlottesville and University area — has to offer you.

Going abroad is bittersweet to everyone. Yes, it has momentarily separated me from some of my closest friends, though I also can’t wait to hear about their experiences and the ways in which they had to enter into the unknown. But while my friends get the chance to experience an entire new world with a new culture, I get to discover the unfamiliar and unknown in a place I’ve thought familiar and known. Though the novelty is scary, it’s exhilarating. So next time you know a friend is about to go abroad, see it as a time for self-discovery and exploration of a community you think you know. You never know what you’ll find.

Lucie Drahozal is a Life Columnist at The Cavalier Daily. She can be reached at life@cavalierdaily.com. 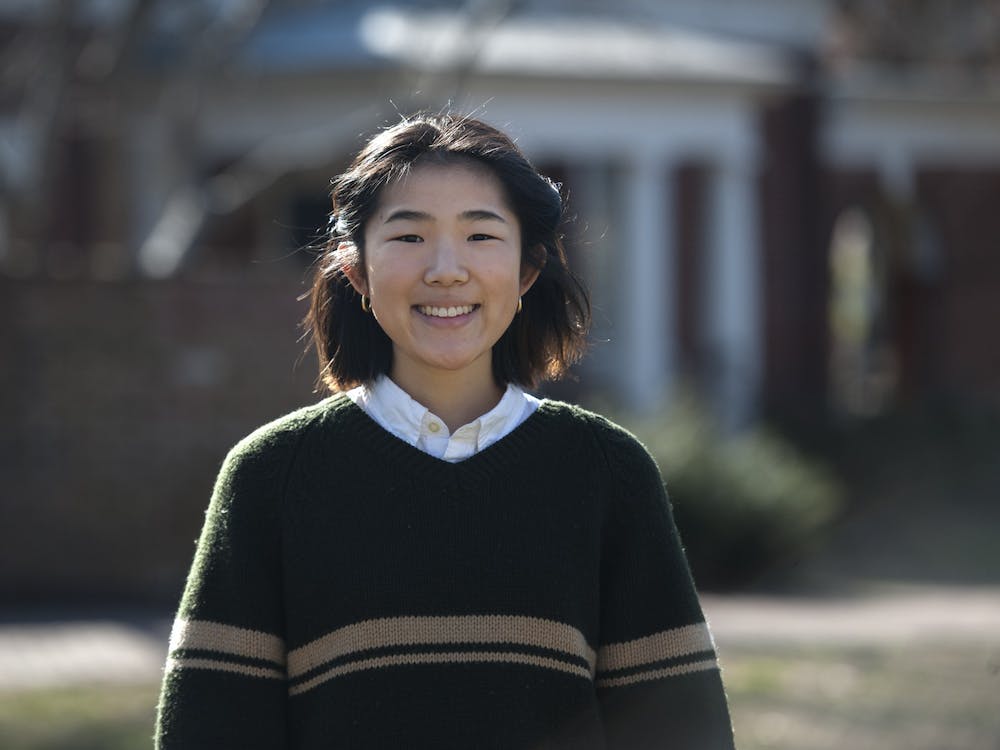