U.Va. COVID-19 dashboard reports one case over Saturday and Sunday

Due to low case counts, the University has increased the indoor gathering limit from six to 25

The University’s COVID-19 tracker recorded a total of 31 cases throughout the past week since Monday. Only one new case of COVID-19 was found over the weekend — one on Saturday and zero on Sunday — which is three cases fewer than the previous weekend. The only case from this weekend came from a faculty or staff member. There are currently 42 active cases in the community, 33 being students and nine being faculty and staff members.

These numbers bring the overall University community’s positivity rate to 0.26 percent compared to 0.42 percent last week. The positivity rate for students and faculty and staff has also seen a drop since last Monday, reaching 0.22 percent and 0.98 percent, respectively.

In an email to students Monday, Dean of Students Allen Groves announced that, effective immediately, University leaders and public health experts have agreed to increase the University’s indoor gathering limit to 25 — up from the previous restriction of six individuals. The outdoor gathering limit increased from 25 to 75 people.

According to the email, this decision comes in light of low case counts and increasing vaccination rates within the community. However, Groves noted that gatherings of any size regardless of them being indoors and outdoors are only permitted if the space allows for attendees to remain at least six feet apart. Moreover, the expectation that individuals wear masks is still in effect.

According to the Blue Ridge Health District’s portal, the community saw a total of 10 new cases over Saturday and Sunday — seven on Saturday and three on Sunday. These numbers bring the seven-day moving average to 12.6 new cases per day. Last week, the BRHD reported eight new cases over the two days.

With the entire state of Virginia being in phase 2 of vaccinations, 42.9 percent of the Commonwealth has received one dose of the vaccine. Specifically, in Albemarle County, 40,465 people are fully vaccinated compared to 15,338 people in Charlottesville.

The University’s COVID-19 tracker updates at 4 p.m. Monday through Friday while the BRHD portal updates by 10 a.m. daily. 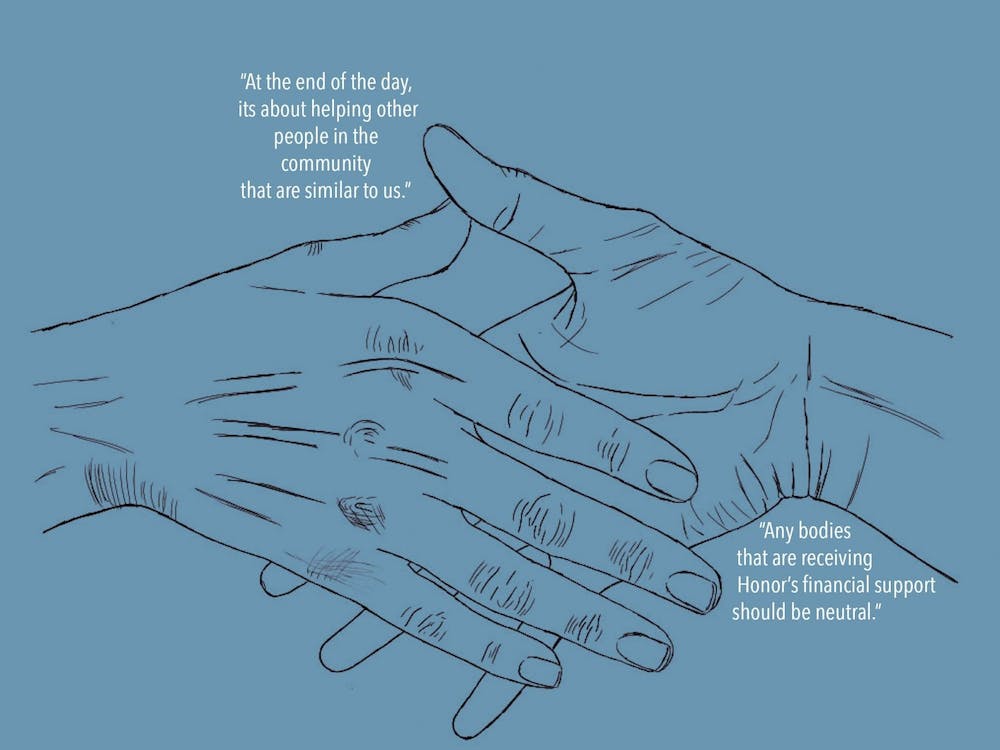